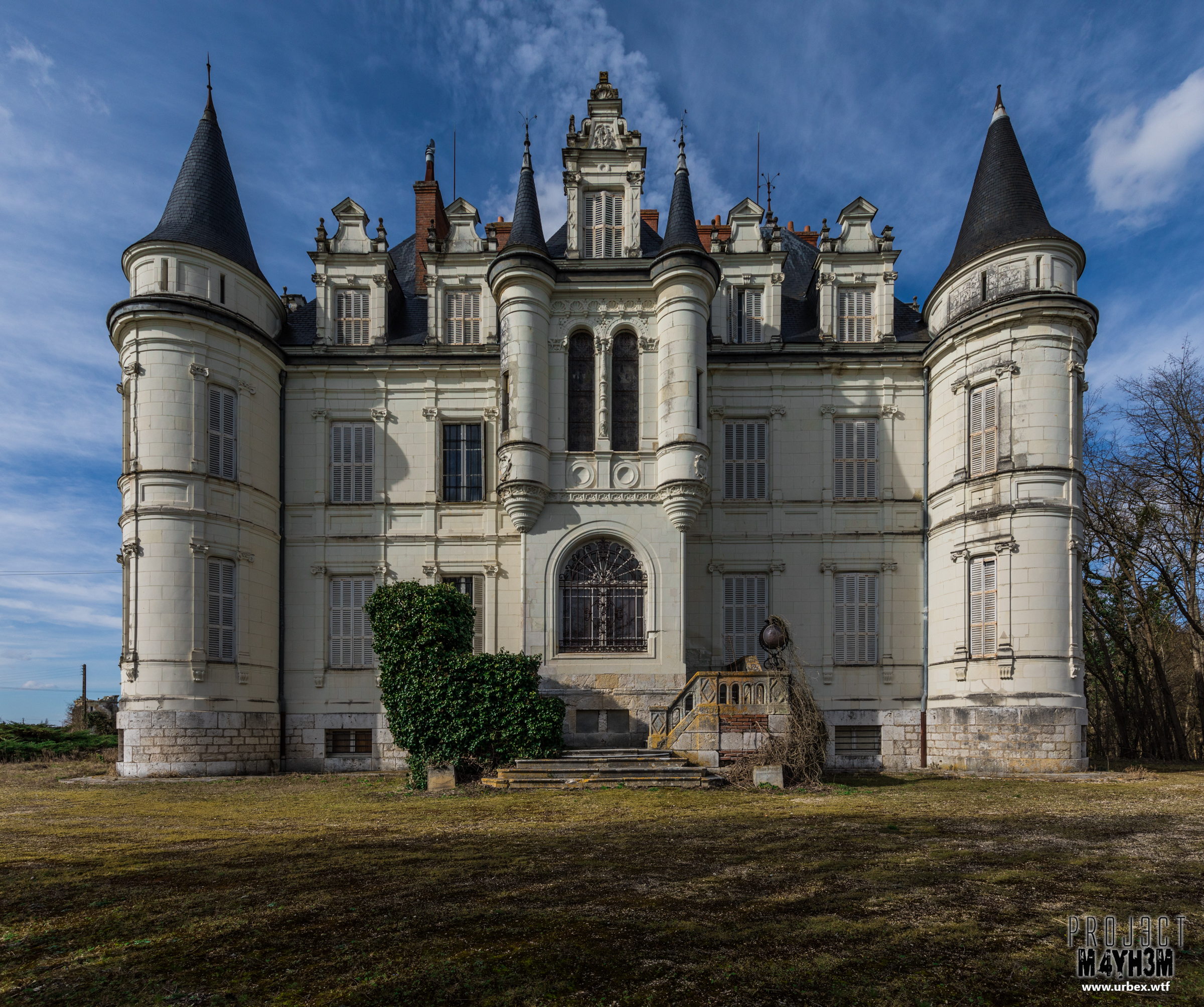 I feel like I may have said this before… maybe its just something about the style of French Châteaux, but I can’t help but feel like this place looks like something out of a fairytale… Château Poseidon is another abandoned Château that had been on my “to-do” list for a while. It’s quite a dominating building that is visible when driving past and has a nice long straight driveway approaching the building so that you can take in the place as you approach. While my language skills aren’t as good as I wish they were, I understand that there sign left hanging on the door states something to the effect of “please close the door and be respectful”, something again I feel is quite unique to the continental explores, if this were in the UK, I dread to think what state it would have been in within a few years of being left empty!

No doubt the place has suffered from neglect over the last few years, it looks as though there were some attempts to begin a restoration, although there are no signs of any recent work. There were a couple of outbuildings, one which seemed like some sort of office space and another which was an old dovecote building with its own little first-floor roof that had a bed in it, not something I’d seen before but maybe used by staff in the past at some point.

Personally, I really liked the entrance hall which also housed the staircase that went up to an open-plan balcony area complete with columns and stained glass windows. It was really photogenic and I could have probably spent all day just taking in that space! Visited with Mr Darbian himself 🙂 Hope you enjoy the rest of the photos below: 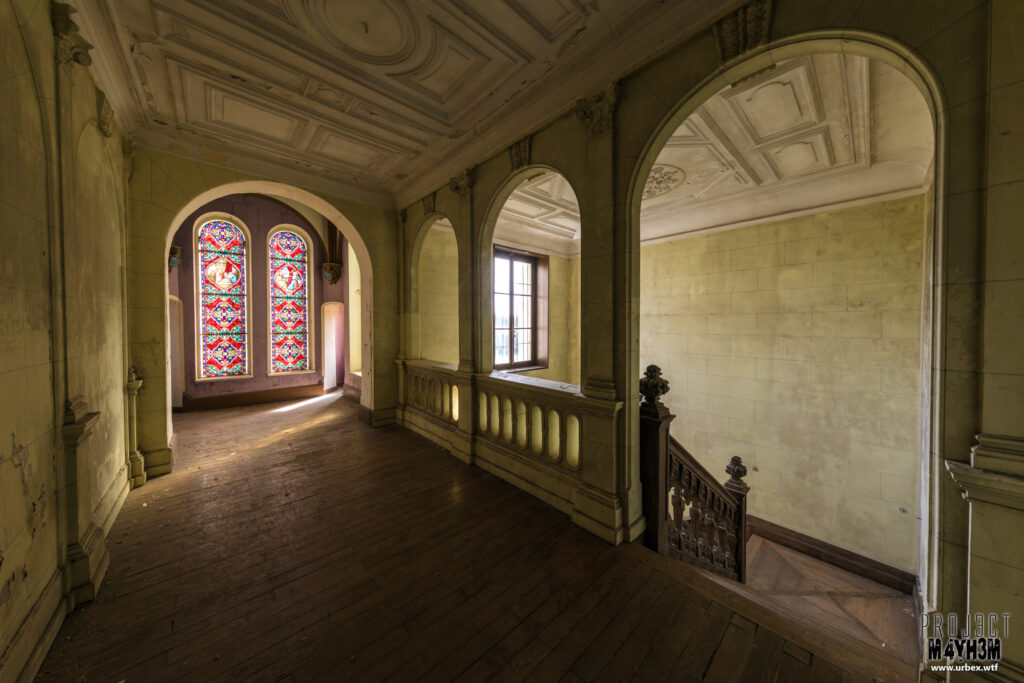 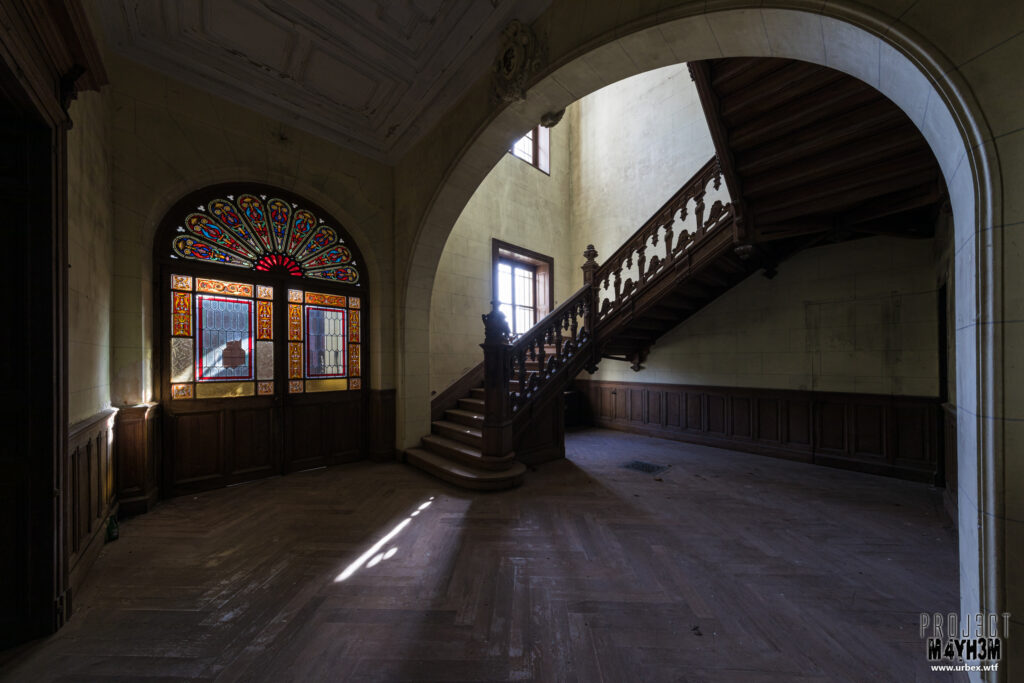 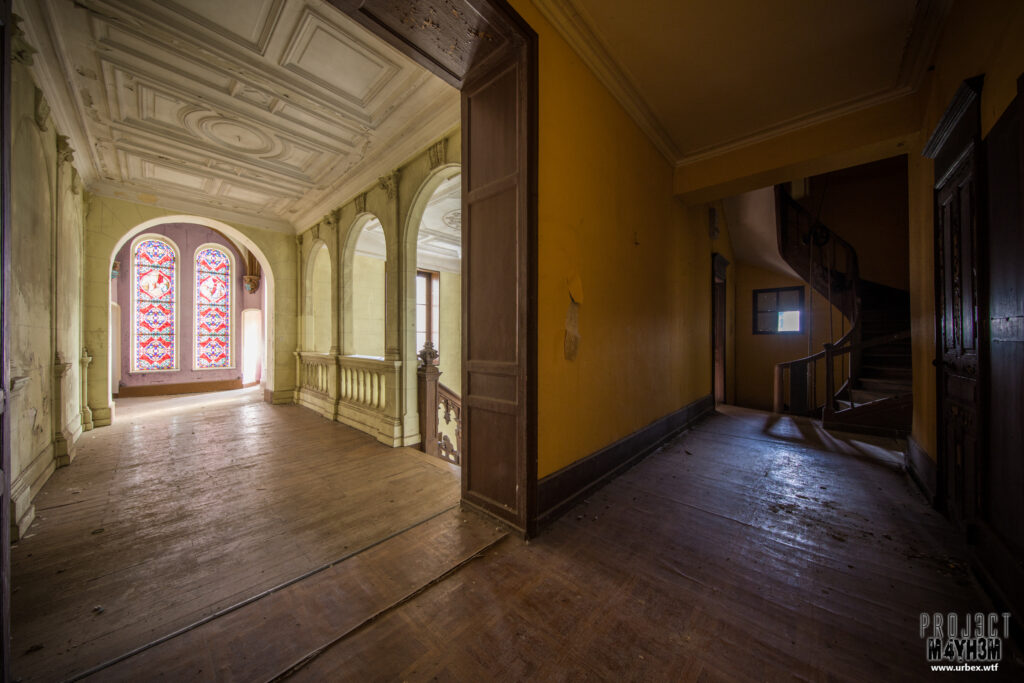 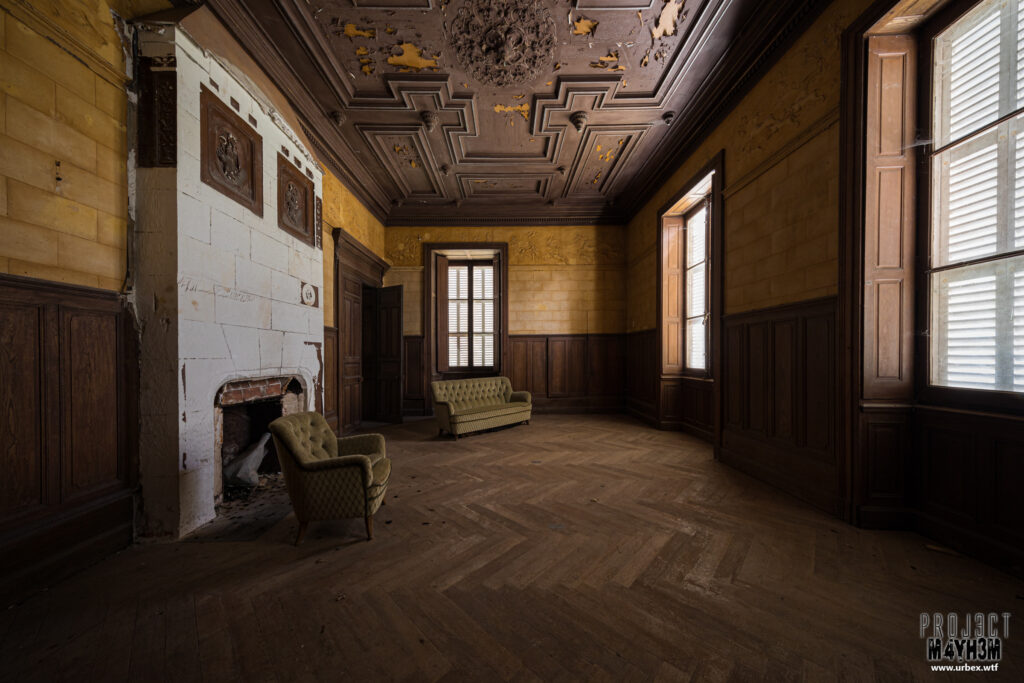 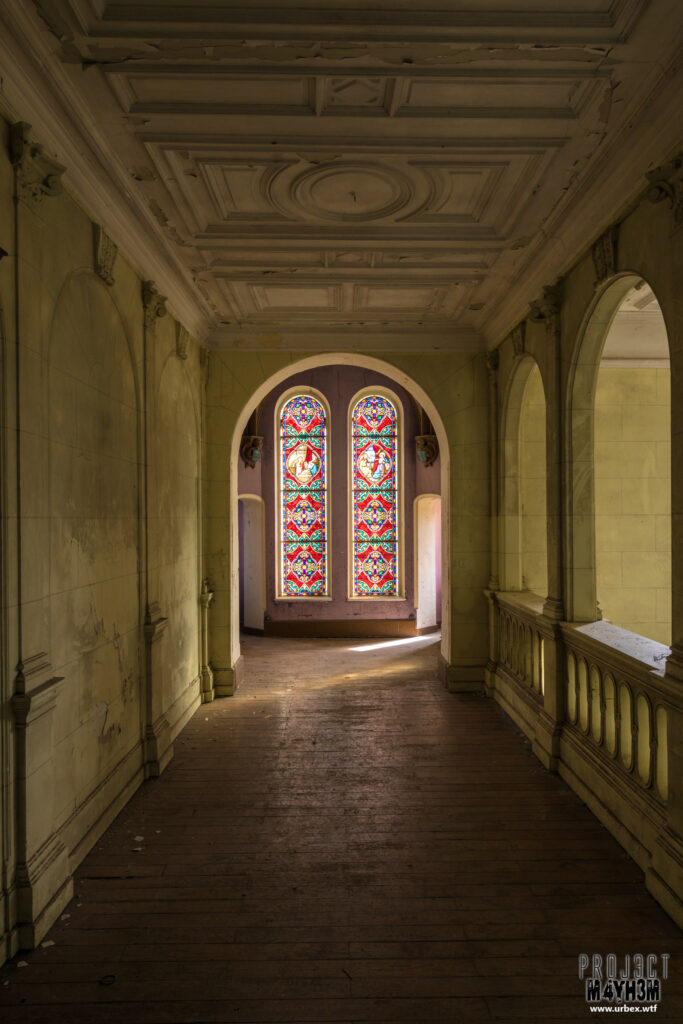 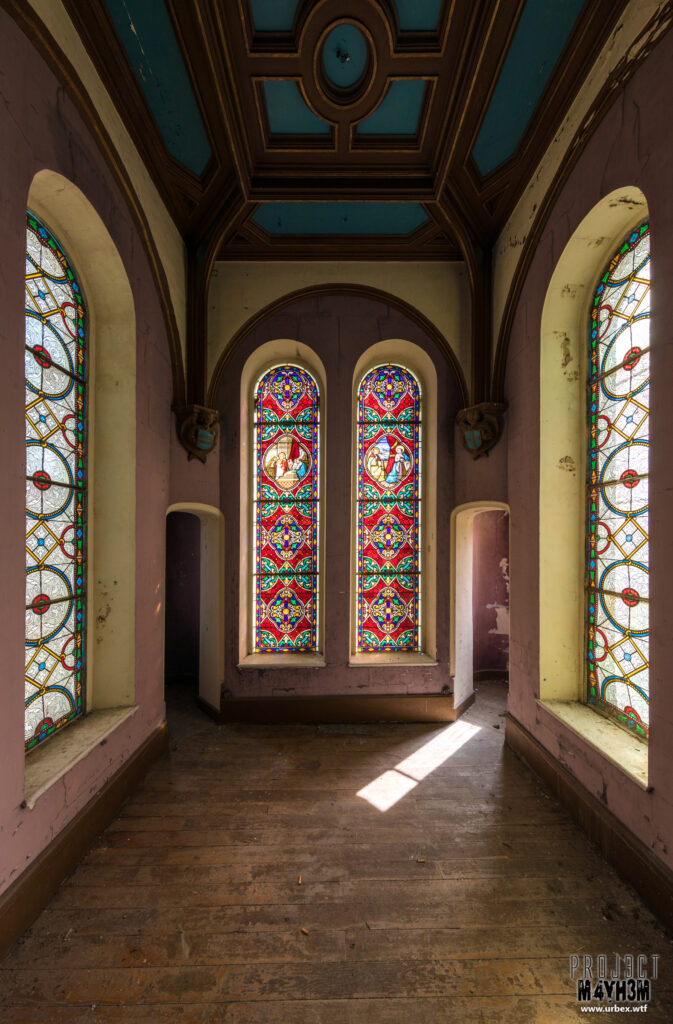 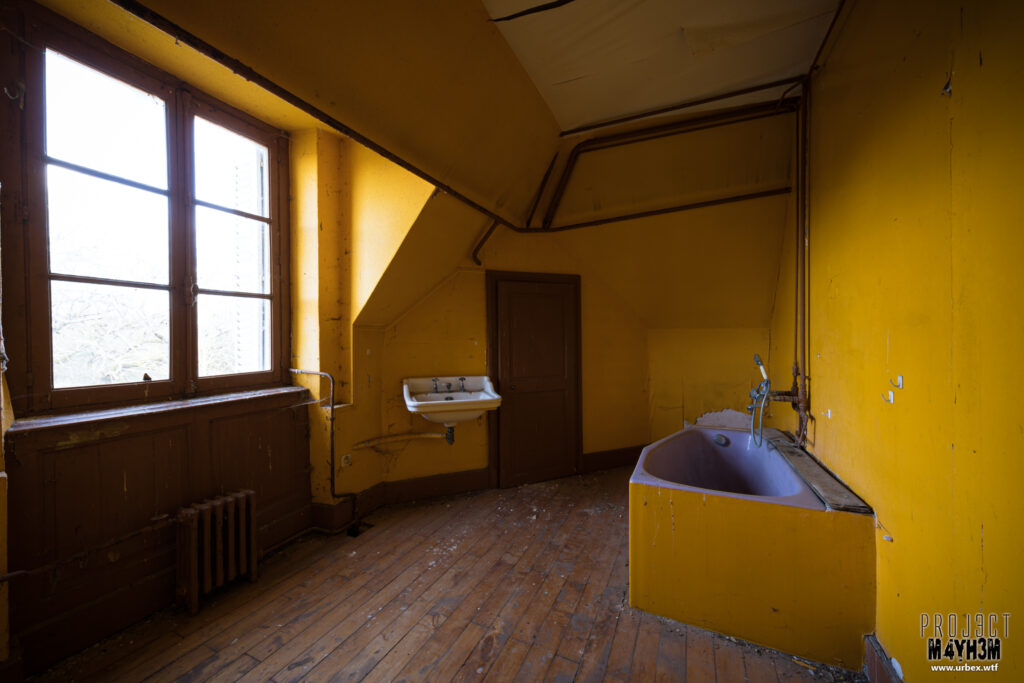 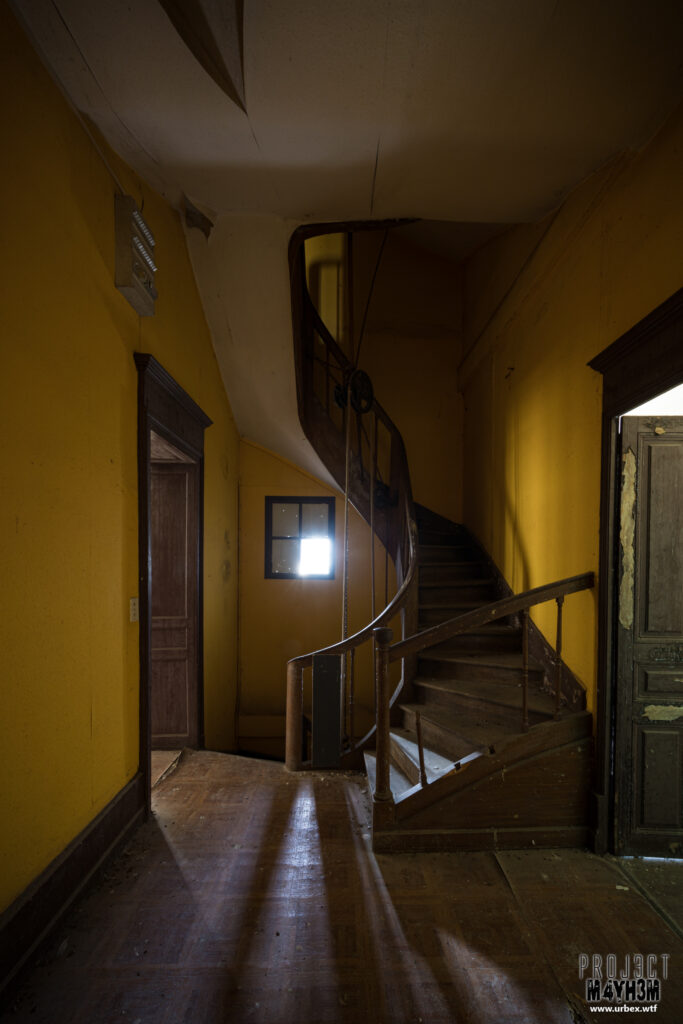 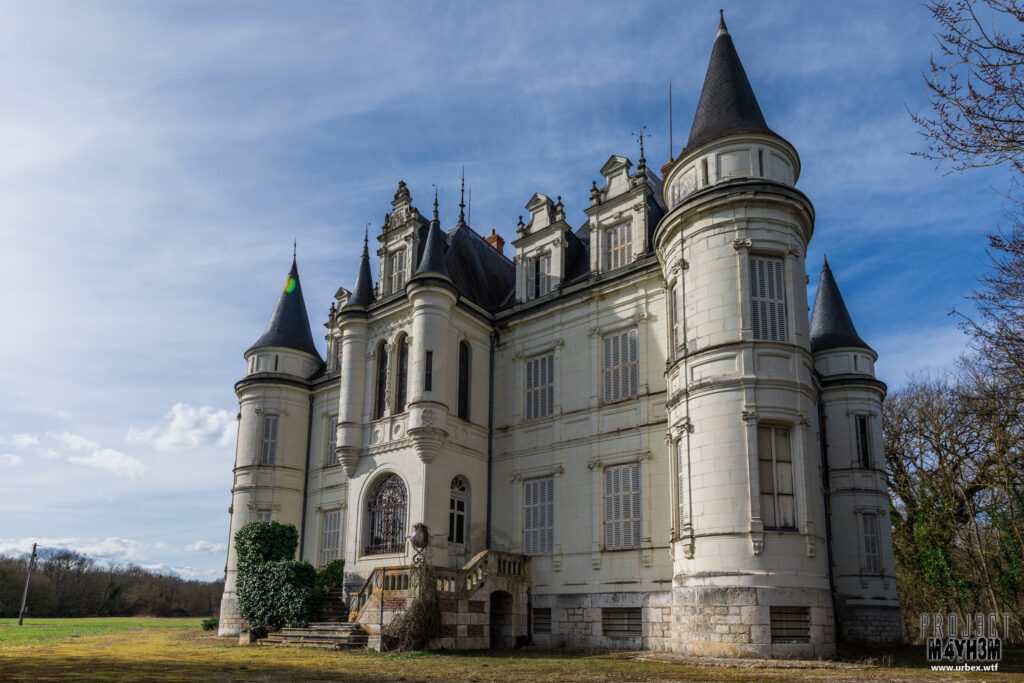