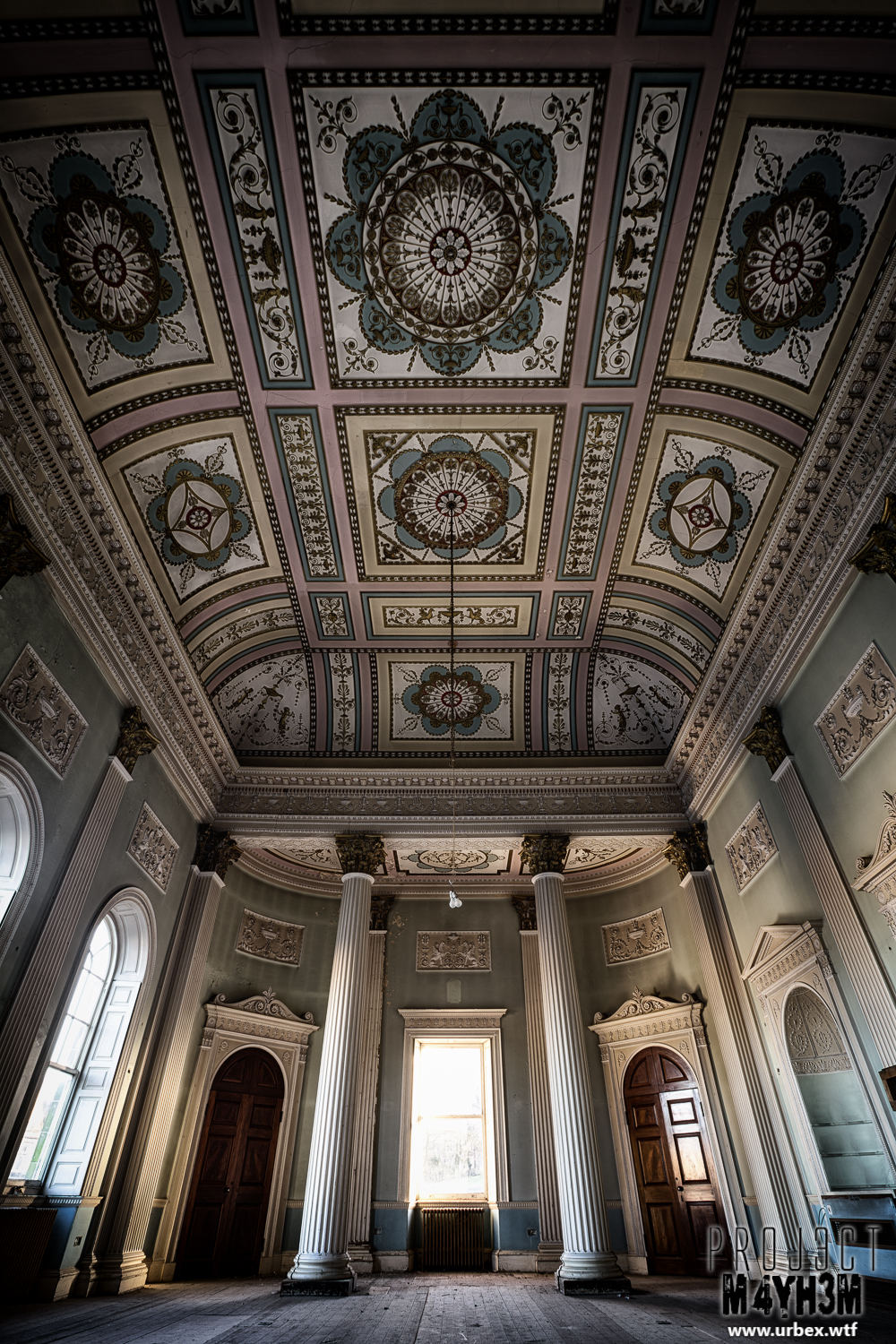 The abandoned, well under renovation now, Buxton Crescent was erected between 1779 and 1789 based upon plans by John Carr of York. Originally created to provide high quality accommodation it became quite the centrepiece of the town and continued to serve its purpose as a hotel and assembly rooms throughout the majority of its history until it was incorporated as part of the Devonshire Royal Hospital and then served as a public library until its closure in 1992 following the discovery of significant structural defects. The building is now centre to a new plan to regenerate the area along with the adjoining baths which featured in my previous report. This Grade 1 listed building will hopefully be faithful restored as a high-end hotel with attached spa which were once the Natural Mineral Water Baths.

Visited with Matt, Spider Money and Andy of BCD Urbex. Quite a lot of bare rooms in this place and the nice staircase had been covered with wood in order to preserve it during the strip out works. What did remain however was the detailed assembly room with decorative plaster ceiling and huge columns, well worth popping our heads in before we headed over to the baths, enjoy the couple of photos: 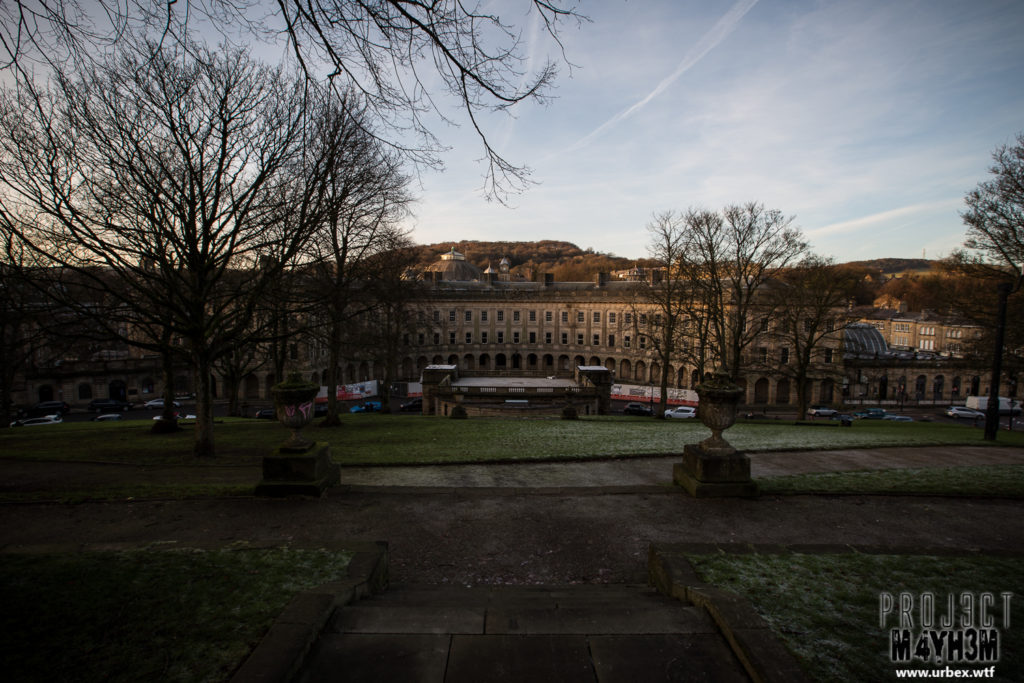 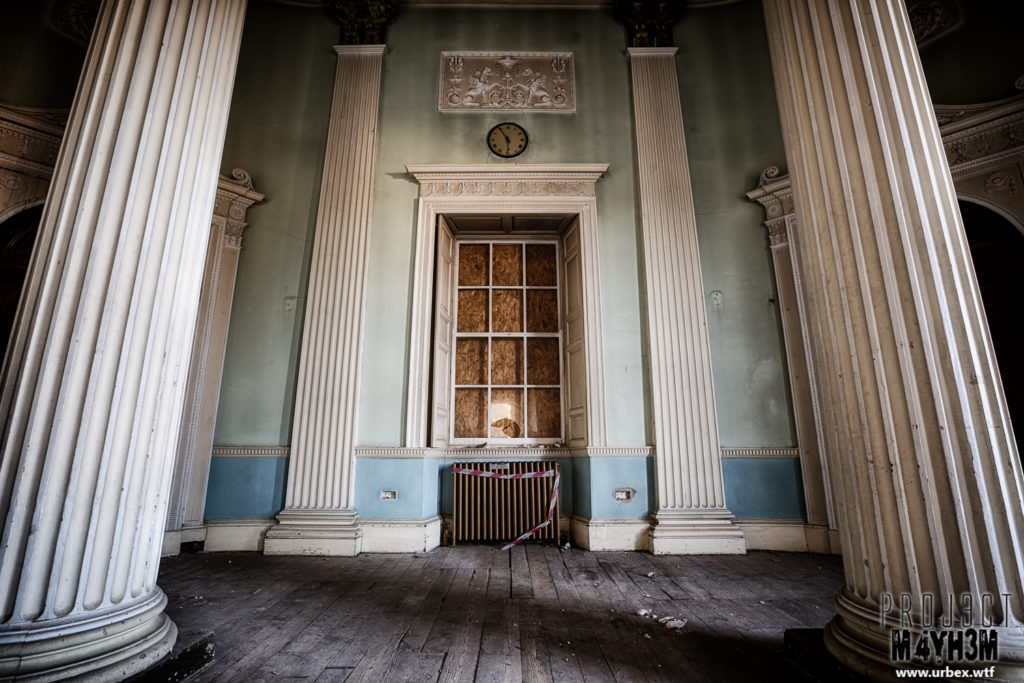 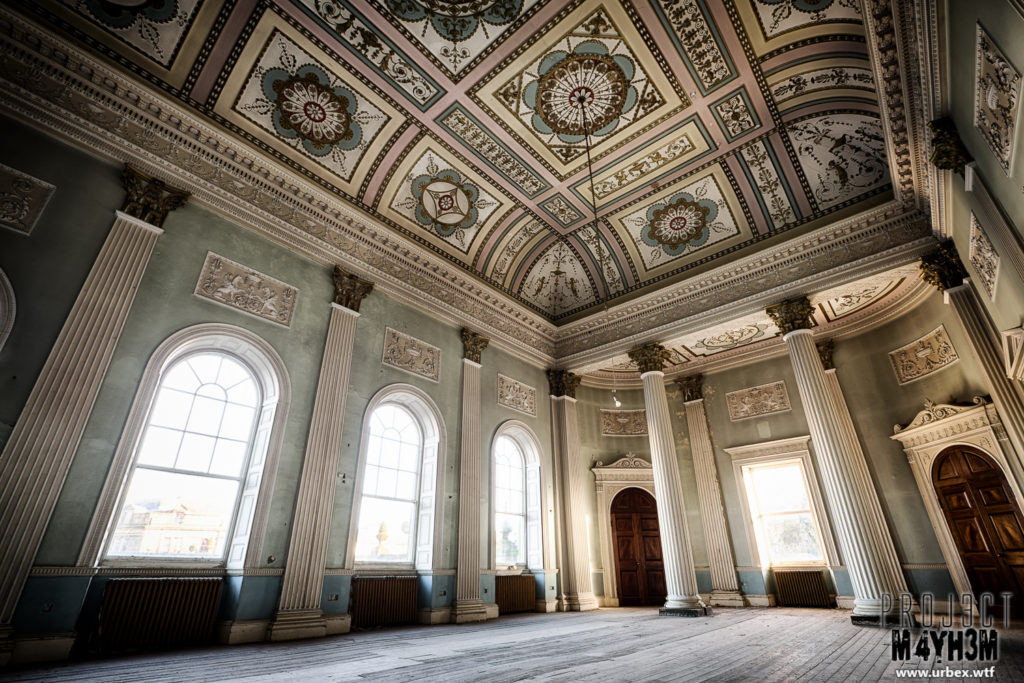 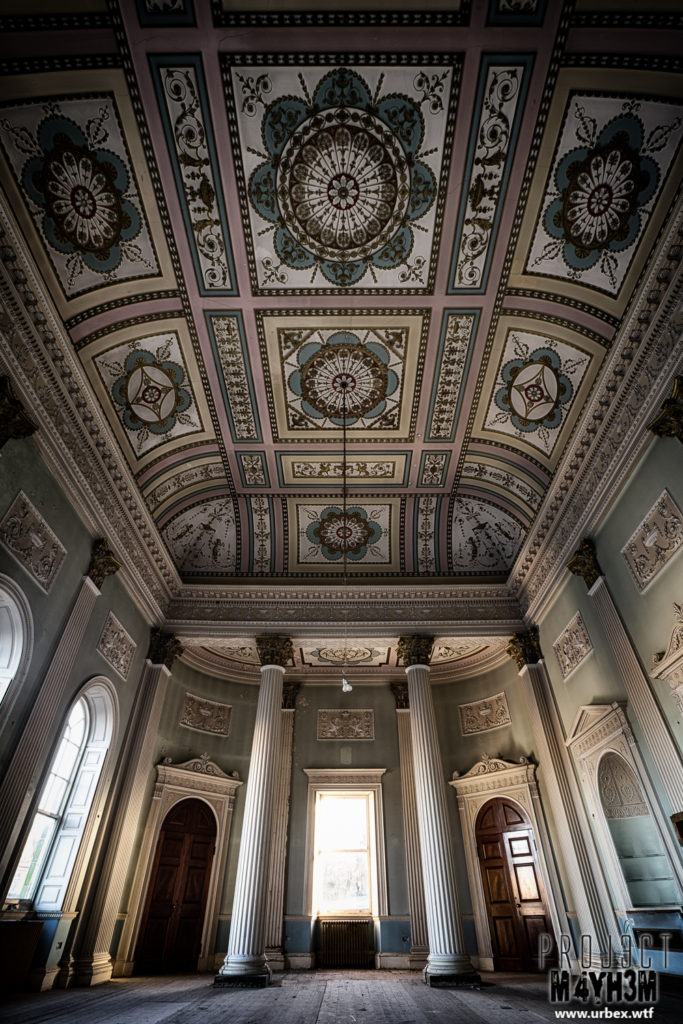 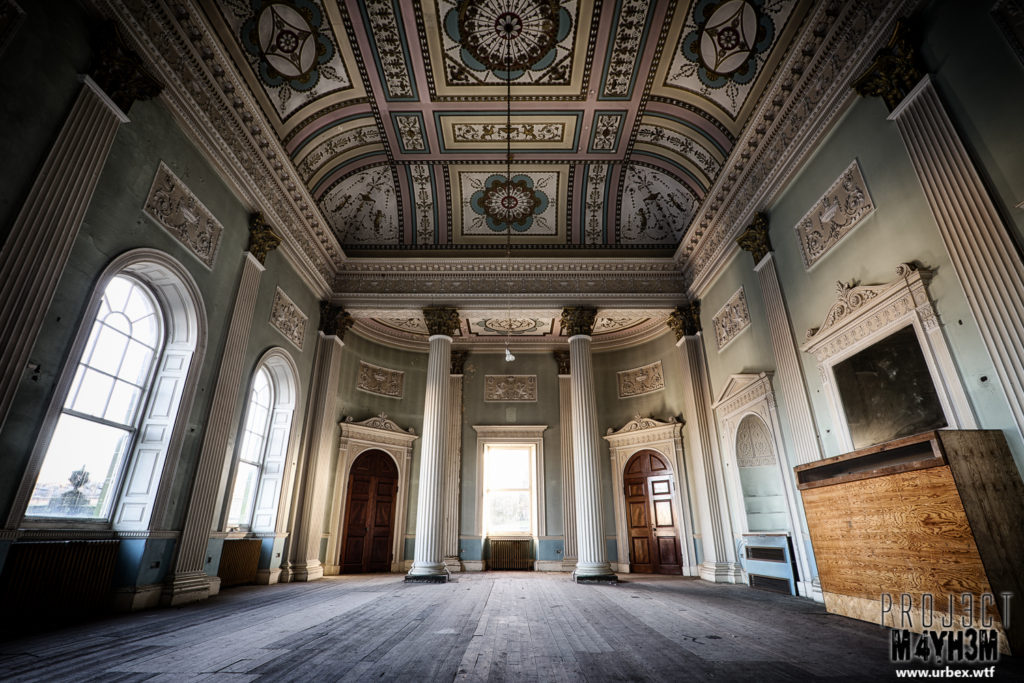 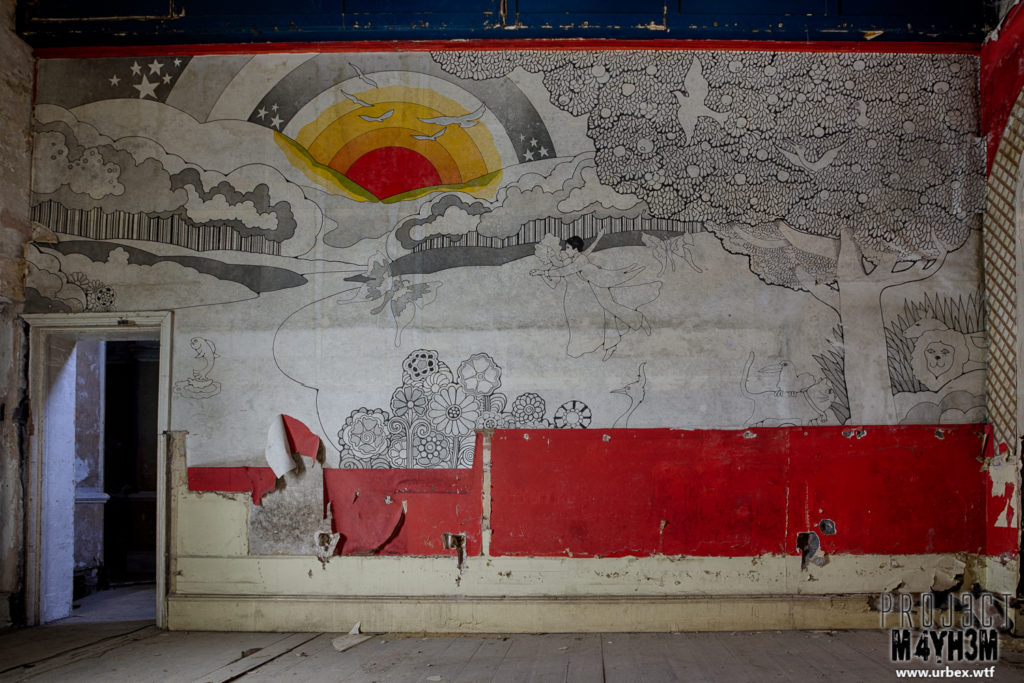