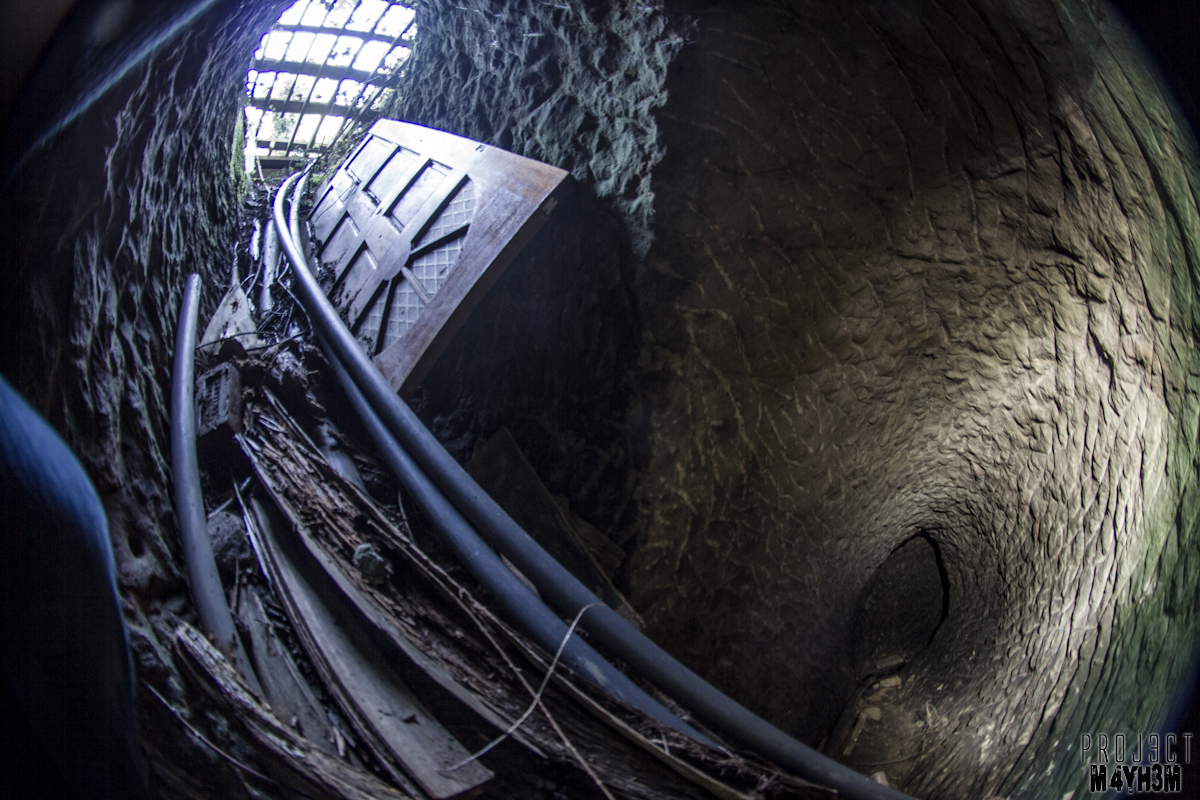 I don’t have a lot of info on this place. I’ve driven past it hundreds of times and I’ve always considered having a look around but its been one I’ve put off for years. What I do know about the place is that about 15-20 years ago it started to become used as a bit of a doss house for drug users and homeless people and more recently there was an incident where someone set fire to themselves inside. Possibly by accident, but there was a murder enquiry and the place was sealed off and surrounded by lots of police for a week or so. Since then the main building has been sealed tight and the roof is completely gone.

The main attraction to this place is the awesome little shelter at the rear. Again information about this is hard to come by. I have read reports that it was a bomb shelter built by a former owner, but in my opinion the thing whatever it is looks much older and reminds me a lot of the hermitage up at Pontefract hospital which is also a heritage site. The style of the tunnel is very similar as is the room which it eventually leads to and the hermitage site dates back to somewhere around the 1300’s.

Whatever it is its pretty cool. Fenced off a set of stairs lead down into darkness. I wasn’t sure if they went any further but once we made it to the bottom it was clear that there was more to this place than it first appeared. The tunnel takes a sharp left bend and then down another 10ft or so before you hit a right turn which leads to a much larger chamber complete with a bench carves out of the stone wall and an area to place candles for lighting.