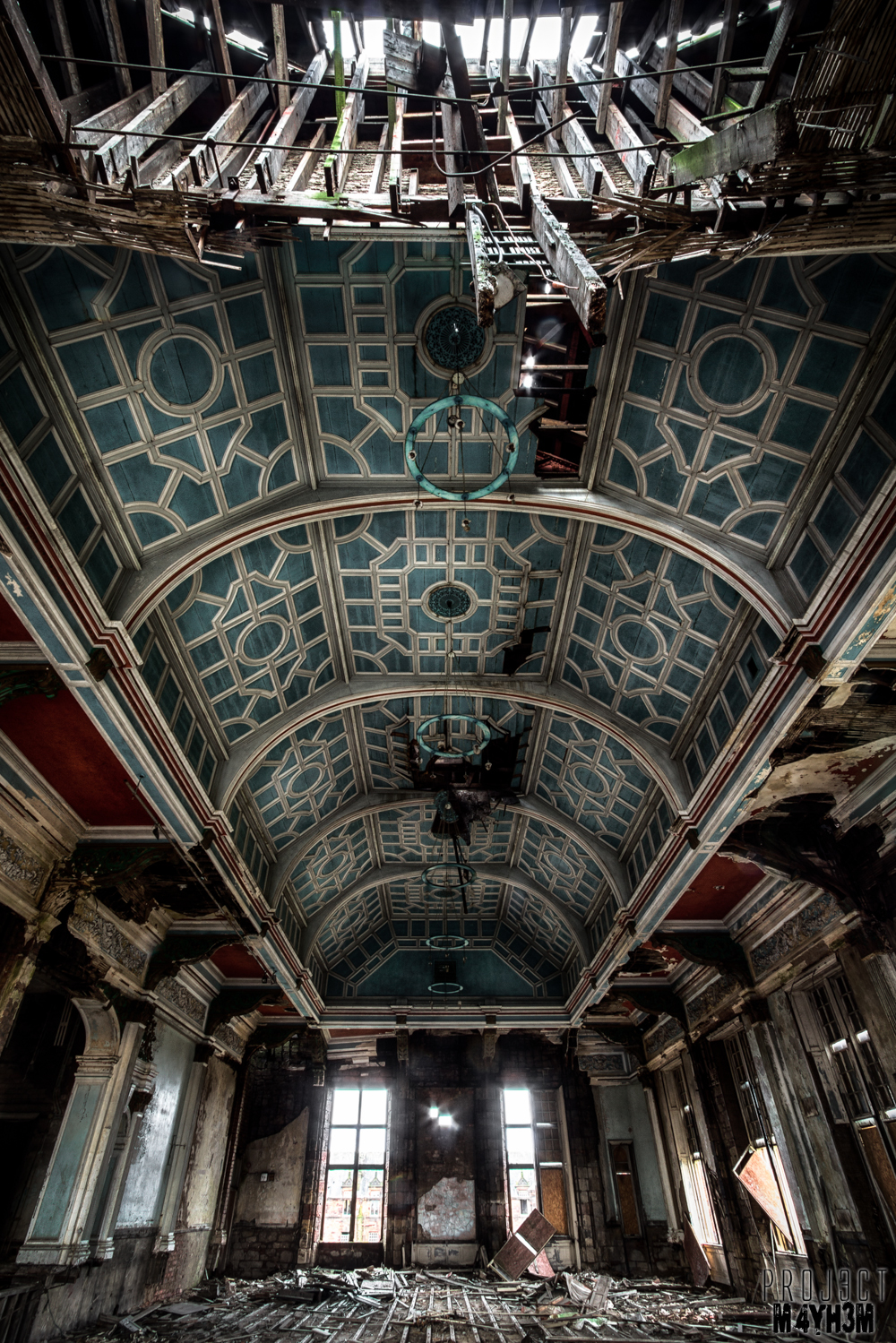 Glasgow District Asylum aka Gartloch Hospital began construction in 1989 and is located on Gartloch road near the village of Gartcosh. The Asylum finally opened its doors in 1986 and after exactly 100 years serving various patients the Hospital finally closed in 1996.

A report conducted in May 1899 suggest that the average number of patients for the year was 465 comprising of 236 males and 229 females. Dr L. R. Oswald the serving superintendent at that time confirmed that elderly patients were separated from the ‘acute and excited cases’ which suggests that the Asylum cared both for the Lunatic patients as well as the elderly.

‘Alcohol intemperance’ was listed as a contributing factor in 1/4 of the admissions for the year demonstrating that the stereotypical Scottish appetite for whisky has some foundation in truth :).

Treatments at the time consisted of those common in many asylums, prolonged bed rest which was apparently practiced with great success 🙂 Recreational treatments went hand-in-hand with farm and gardening work. Set amongst the peaceful surroundings of the loch, the Asylum was actually described as a resort. Not what I think most people expect when they imagine these places. As the Asylum took in 200 patients that year, 98 were discharged as being recovered with a further 44 being released on parole or ‘boarding-out’ some of which would see the Asylum again… 38 patients died, a large proportion of which were elderly and 11 escaped!!

The Nurses block was completed and became occupied in 1900, a TB Sanatorium followed shortly after opening in 1902 however this later closed after the second world war. During the War the Hospital was used as an Emergency Medical Services Hospital, most of the psychiatric patients were transferred to other hospitals while a number of temporary buildings sprung up on site to welcome war casualties.

In 1948 Gartloch joined the National Health Service and was placed under the Board of Management for Glasgow North-Eastern Mental Hospitals.

After the Closure in 1996 the Hospital buildings fell into a derelict state and the future was uncertain. In 2003 Development began in to turn the Old hospital site into Luxury homes, most of the larger buildings would be retained and refurbished. Most of the smaller structures were demolished along with a couple of the larger buildings which had become unsafe and beyond any form of repair. Currently the main admin block and its two towers remain empty along with part of what I believe was the old nurses block and the ballroom building.

The second of the 2 Asylums we visited on our Scottish road trip! This one had been partially converted into residential flats with only 3 or 4 large building remaining in a derelict state. The main target of this hung over operation was the impressive ballroom not the unfortunately stripped out yet externally beautiful admin building. Visited with Stussy and Baron Scotland, fun times were had, good photos were taken then onto the next spot 🙂 Enjoyed the photos from this place? Want to see more? I went back in April 2014 check out the photos here: Gartloch Asylum Revisit

The ceiling in the ballroom is stunning.

Ace mate you would have loved it! well worth the effort even for just this one room!

Stunningly beautiful – what a shame the ballroom has been left to fall into such a state. Gorgeous exterior too, those towers look wonderfully Gothic.

Cheers Draco, its a gorgeous room, I expect it may get converted like the rest of the buildings… only time will tell, perhaps this one is a little too far gone 🙁