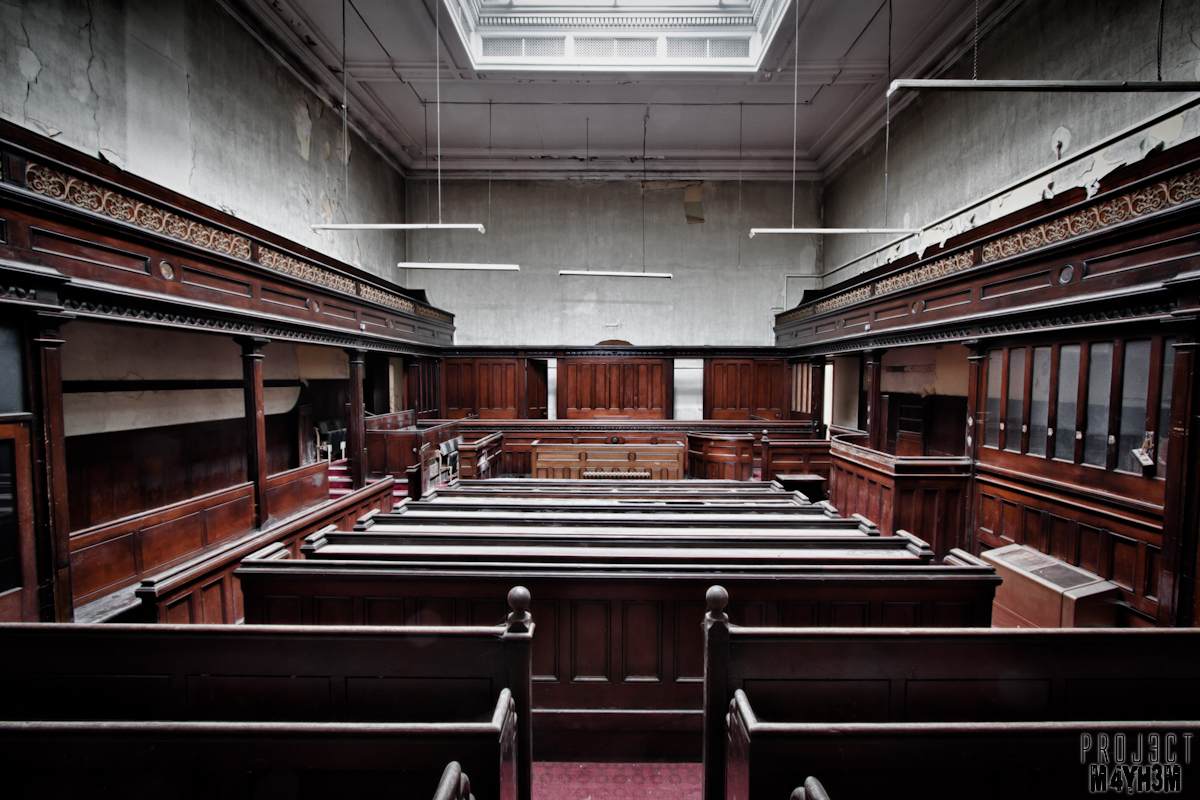 Sheffield Old Town Hall stands in central Sheffield, England. The building was commissioned to replace Sheffield’s first town hall, which had opened in 1700 to a design by William Renny. This first structure stood by the parish church, on a site with little prospect for extension.
The Old Town Hall was built in 1807–8 by Charles Watson, and was designed to house not only the Town Trustees but also the Pettyand Quarter Sessions. The initial building was a five-bay structure fronting Castle Street, but it was extended in 1833 and again in 1866 by William Flockton (1804-1864) of Sheffield and his partner for the project, Abbott; the most prominent feature was the new central clock tower over a new main entrance that reoriented the building to Waingate. At the same time, the building’s courtrooms were linked by underground passages to the neighbouring Sheffield Police Offices.
The first Town Council was elected in 1843 and took over the lease of the Town Trustees’ hall in 1866. The following year, the building was extensively renovated, with a clock tower designed by Flockton & Abbott being added. By the 1890s, the building had again become too small, and the current Sheffield Town Hall was built further south. The Old Town Hall was again extended in 1896-7, by the renamed Flockton, Gibbs & Flockton, and became Sheffield Crown Court and Sheffield High Court. In the 1990s, these courts moved to new premises, and since at least 1997 to present, the building remains disused.

In 2007, it was named by the Victorian Society as one of their top ten buildings most at-risk

An early start on this one joined by Ryan as always and this time with friends Mex, Riddler and Riddlers friend (sorry I forget your name :?) oh and Esposa was lookout :). I could have literally spent all day taking photos here there was so much to see and the place seems lots bigger than it looks from the outside. I think I actually got partially lost a couple of times. Fave bits have to be the cells and the main courtrooms (standard 😉 ) but some of the other architectural features were pretty cool as well like the staircases and the secret door in the judges quarters. All in all a good explore. On with the photos: Sheffield Crow Court – Inside the Cells Don’t forget to check out my revisit report from March 2013 here!