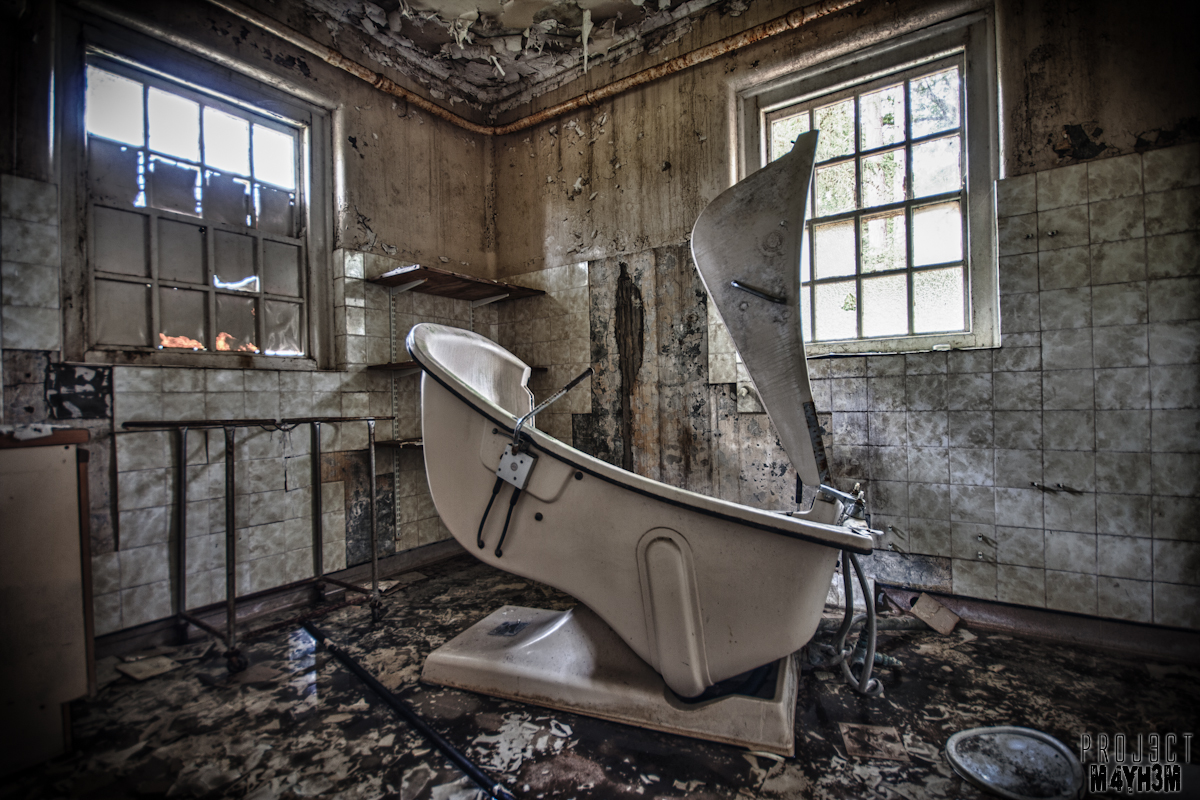 It all started with a completely unrelated business trip to Lymington, since we were travelling such a way down south Rachel and I decided it would be a good idea to take advantage of the weekend and attempt to explore one or two of the abandoned asylums down that neck of the woods (and trust me there are a few). My initial target was Cane Hill, I’ve wanted to go there for as long as I can remember pretty much as soon as I became interested in Urban Exploration, however it didn’t take too long to find out that Cane Hill is pretty much demolish except for a couple of choice buildings which I understand are to be refurbished as part of ongoing redevelopment at the site. Completely gutted I began to look elsewhere and considered Severalls, Hellingley but ultimately settled on West Park due to the quality of photographs that had come from this place.

We did a quick reconnaissance visit on Saturday eve which lead me to believe the trip planned for the following day would be a complete wash out, rife with security, vans were seen on site, fresh boards noticed on a lot of the lower accessible windows and strangely enough I noted that part of the site is still in use.

We returned pretty early on Sunday morning and to my amazement managed to gain entry to 2 of the buildings at the furthest point of the grounds from the main entrance. Shortly after we made our way towards the centre of the site but while fighting with the brambles noticed a silver car and a man walking towards us. Needless to say we bolted (I believe unseen by the guard) and returned to the car to have a rest before returning to explore more of the site. About an hour or so later as we made our way back to the grounds we spotted other explorers being escorted off the land. After catching up with them we learned that the guards had removed several groups from the site already that morning.

It was at that point we abandoned the visit and said our goodbyes to West Park which will no doubt follow the route that Cane Hill has suffered and become reduced to rubble over the coming months.

West Park Asylum (or West Park Hospital) was a large psychiatric hospital in Epsom, Surrey. The hospital was designed by William C. Clifford-Smith (architect to the London County Council), who was also involved in the design of nearby St Ebba’s Hospital. The hospital had been in planning since 1906, and by 1917 it was largely complete; however, the outbreak of war postponed opening until 1923.

When complete the hospital could cater for around 2,000 patients of mixed class, and hence the site had extensive boiler houses and plant rooms, a large laundry and a substantial water tower. There were enormous kitchens located behind the canteen, and in turn this was behind the main hall/ballroom. However, the main hall suffered an arson attack on September 30th 2003 and is now a burnt out shell. The asylum also boasted its own railway but this was removed in 1950, and no trace remains except around the central engineering block. The main stores and sewing rooms were also located here, but other services, such as the mortuary and chapel, were located by the entrance road, along with two lodges for the matrons and a large manor for the superintendent.

Update: Most of the site has now been cleared or converted into apartments see here for further info: http://www.crestnicholson.com/noblepark/Home.aspx Whilst a couple of buildings still remain derelict on the site I doubt they will continue to be around for much longer. The water tower remains as do some of the larger listed buildings but its very clear the renovation of these are almost complete! Wish I’d got to see more of this place.. but there might be a recent revisit report popping up soon 😉 on with these photos for now…