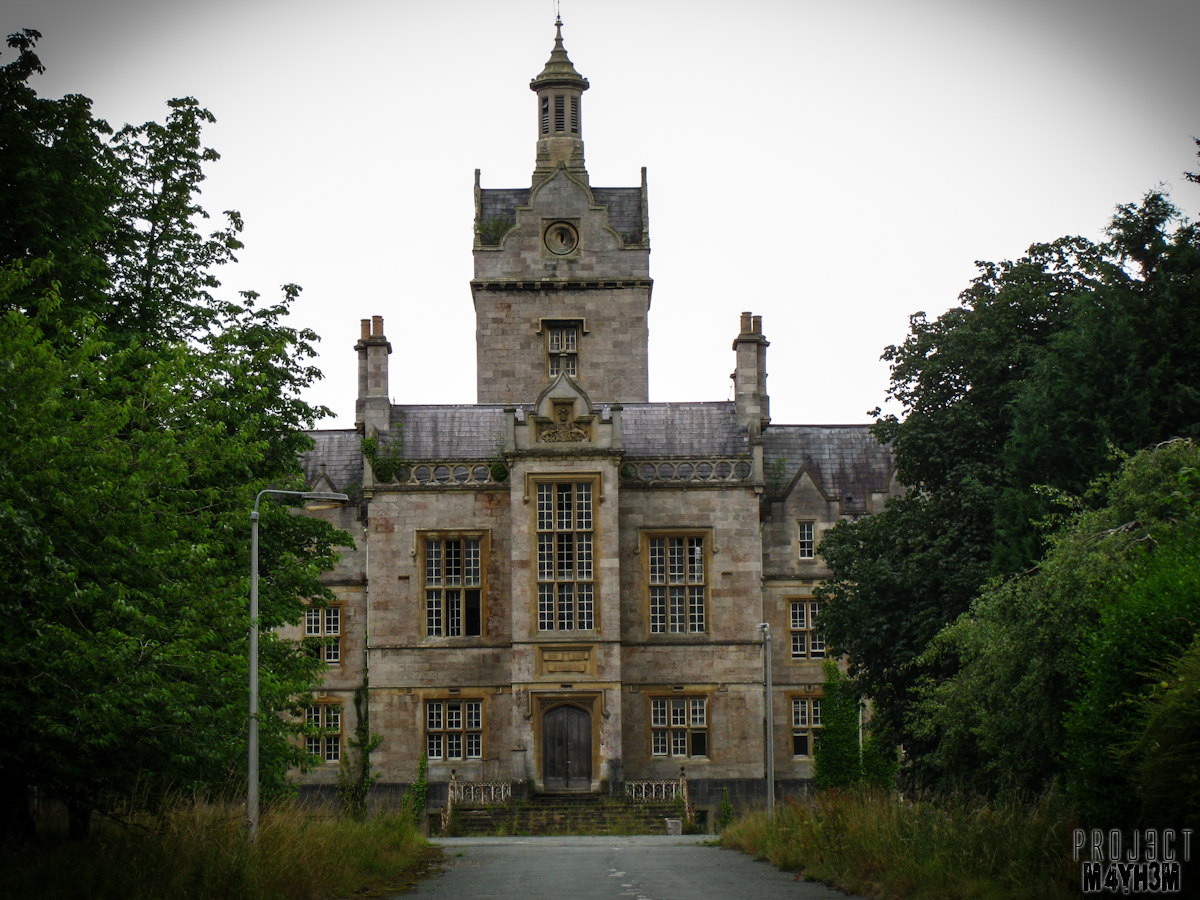 My First visit to Denbigh back in 2010. It was an unplanned spur of the moment visit and so the only camera I had with me was my little Canon IXUS 95 compact, so apologies for the quality of the photos it was the best I could do with the equipment at hand :p. Denbigh asylum aka the North Wales Hospital is a magnificent example for the asylums in the UK, the architecture and position within the rural landscape are fantastic when you first roll up near the place. On this visit we had a pretty casual wonder round through most of the buildings. I didn’t take half as many photos owing to me not carrying my slr but in some respects that gave me alot more opportunity to get around the place and see what everywhere looked like for the first time. Whilst ive been back twice once with the camera and once without I’ve still not been able to get the same sort of access I did this time round! Its a popular one in the UK Urbex scene but not without good reason. The Site was designed by architect Thomas Full James on the back of the following brief “He had to, first of all separate, males and females and within each gender he had to separate First class patients with superior accommodation from Second class with less comfortable accommodation and from Pauper or Parish patients with basic accommodation. Also in each gender he had to keep epileptic patients and violent patients separate from the rest. He also had to provide separate airing courts for them all. He needed to find rooms for Officers and Attendants who were all expected to live in and a Chapel and other important services such as Kitchen, Laundry and Stores.Not only that, but the committee could not decide how many patients they would need to cater for so he had to make it possible to extend to accommodate from 60 to 200 patients.”

Ground was broken in September 1844 and the Hospital was completed and opened in 1848 to accommodate the Welsh paupers who were reportedly receiving poor treatment in comparably English Lunatic Asylums. There was a significant extension to the main building in 1881 adding room for around 160 patients and a dining hall to cater for 400 patients, the chapel was also extended at this time to allow for 440 patients. The major extension works begin in 1897 and building works took place right through until 1908 and this saw the addition of several new wings and attendants accommodation as well as a laundry, boiler room and engine room. The isolation hospital was built as part of these works and complete in 1902.

In terms of treatment Denbigh is know for having used various treatment methods commonly associated with hospitals of this nature, including but not limited to Malarial treatment, Insulin Shock treatment, Sulphur based drugs, Cardiazol, Electro-Convulsive Treatment (ECT) and Pre-frontal leucotomy operations aka Lobotomy operations.

Closer of the site was first announce in 1960, however it was a long while after this before the doors finally closed in 1995 4 years after Pool Park hospital which was purchased by North Wales hospital and administered by the same team. More info on Denbigh Asylum can be found here: http://northwaleshospital.btck.co.uk/

If you want to see more photos from Denbigh be sure to checkout the revisit report including internal shots: Denbigh Lunatic Asylum October 2013