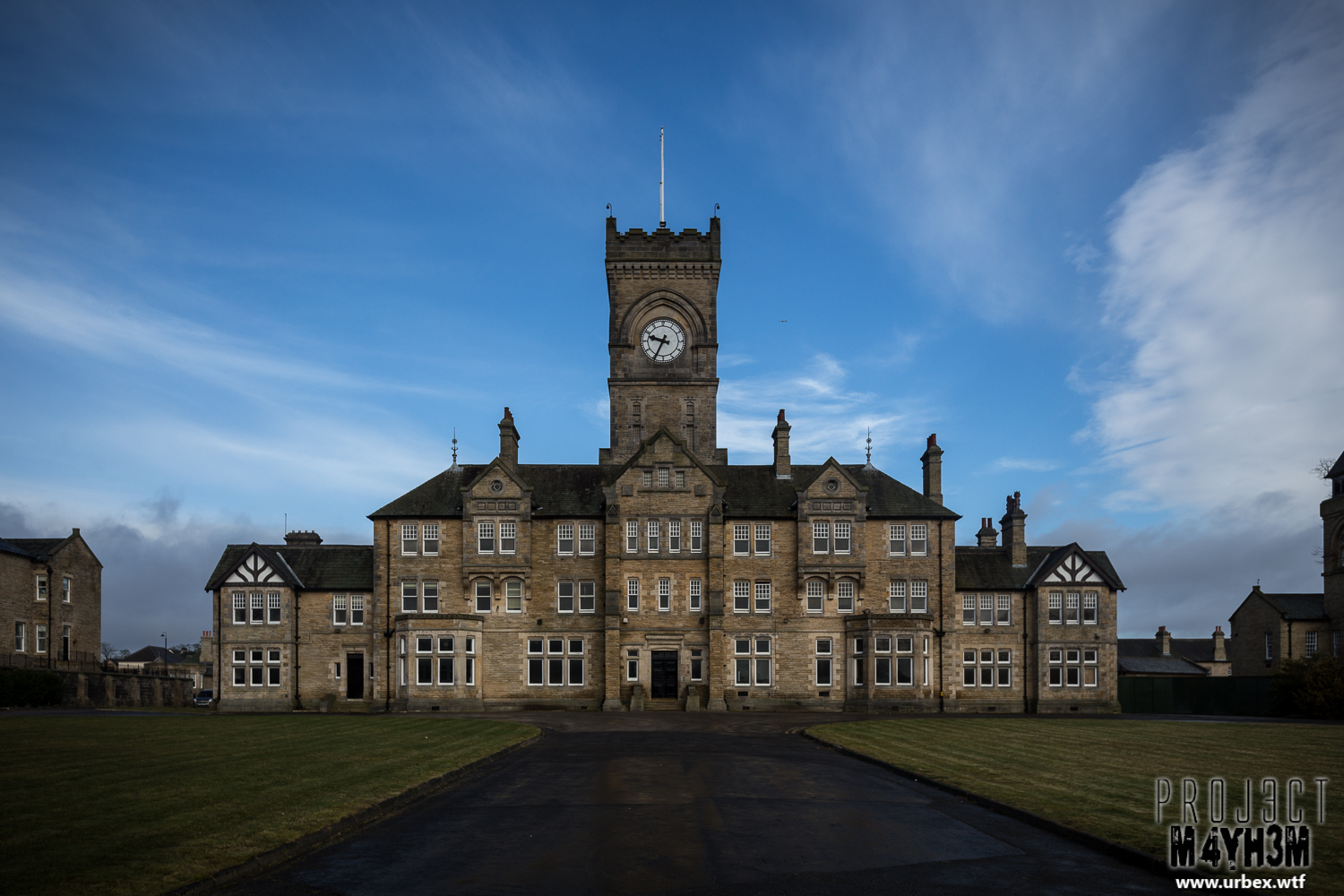 Briefly the abandoned High Royds Asylum opened in 1888 and closed in 2003 since then the site has been undergoing development into luxury apartments most of which are now complete. The main admin building still remains empty boasting some of its original features. More history can be found in the first report along with loads more photographs here: High Royds Asylum February 2015

Visited with Darbian and met up with Lowri on site for another look around this old Asylum Administration Building. Quite a few other people turned up during the day so I stuck to photographing the entrance corridor and a few shots up the tower to avoid lurking in the background of everyone else’s shots in the main hall 😀 The report is concluded with an early evening shot from another trip in August, as you can see a couple of the front windows appear to have been smashed and boarded up but other than that little had changed. Don’t forget to check out Part one (here) with loads more photos including the main hall: