Padded cells were common place in many of the UK Insane Asylums and were considered essential in the control and treatment of some of the more extreme Asylum inmates. The primary function of the padded cells were to accommodate patients for short periods of time to prevent them from harming themselves when suffering epileptic and psychotic episodes but they were also used to monitor patients who had suicidal tendencies.

This particular cell would have been used for a similar purpose for sailors from the Royal Navy over the years who had become vulnerable due to physical or mental illnesses. It was manufactured by the Pocock Brothers who made a name for themselves producing leather goods and shoes but later went on to build padded cells for the majority the British asylums and some other institutions during the early to mid 1900’s. Following advancements in modern medicine, in particular sedatives and changes in psychiatric treatments, the padded cells, which had faced some public opposition when they were first brought into use, began to be phased out of use from the end of the Second World War with the majority being deconstructed and removed by the early 1960’s. There are a couple of these padded rooms which have been carefully taken apart and rebuilt in museums but very few were left in their original positions and survive to this day, with the exception of this one…

I’d always wanted to see a padded cell, I’d missed my chance with the one at West Park Asylum which was probably one of the best examples I have seen in situ at a former asylum and so when the rumours that there might be one left at Haslar Hospital were confirmed I knew I had to get down there to see it for myself. An early morning start, pretty standard for this place, we made our way to the Psychiatric Wards contained within G Block which we had previously thought had been stripped out completely. Once inside as suspected the whole building was stripped out with the exception of one room. We’d already seen the T-shaped inspection hole cut into the door and was quite relieved to find the internals completely intact and free of any vandalism. The cell itself, quite traditional in design for the Pocock brothers style rooms was solid as a rock probably having baked in the sun over the many years it would have been installed there. It still held its shape but the walls were starting to peel and flake. Hard to shoot in the pre-dawn hours but we hung around as long as we thought wise as we knew the place was being checked regularly. On with the photos: 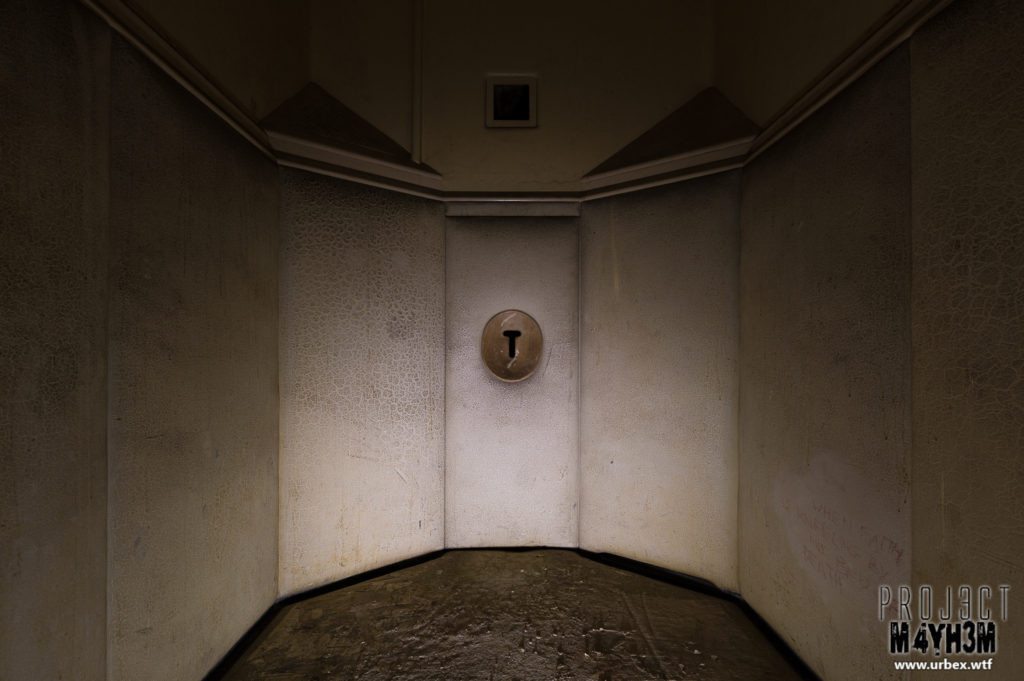 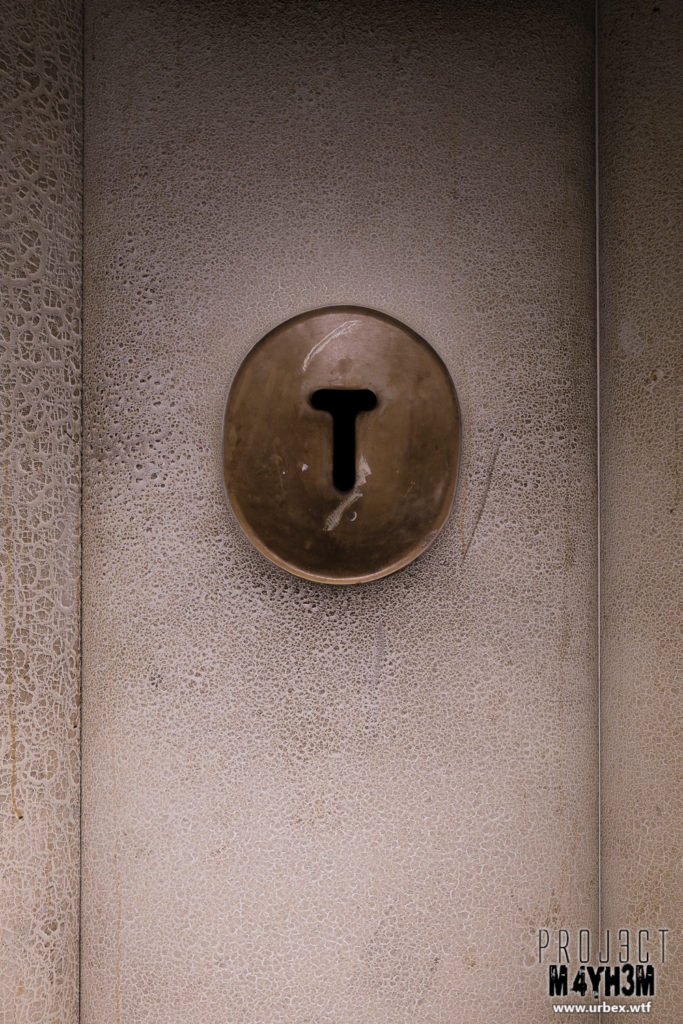 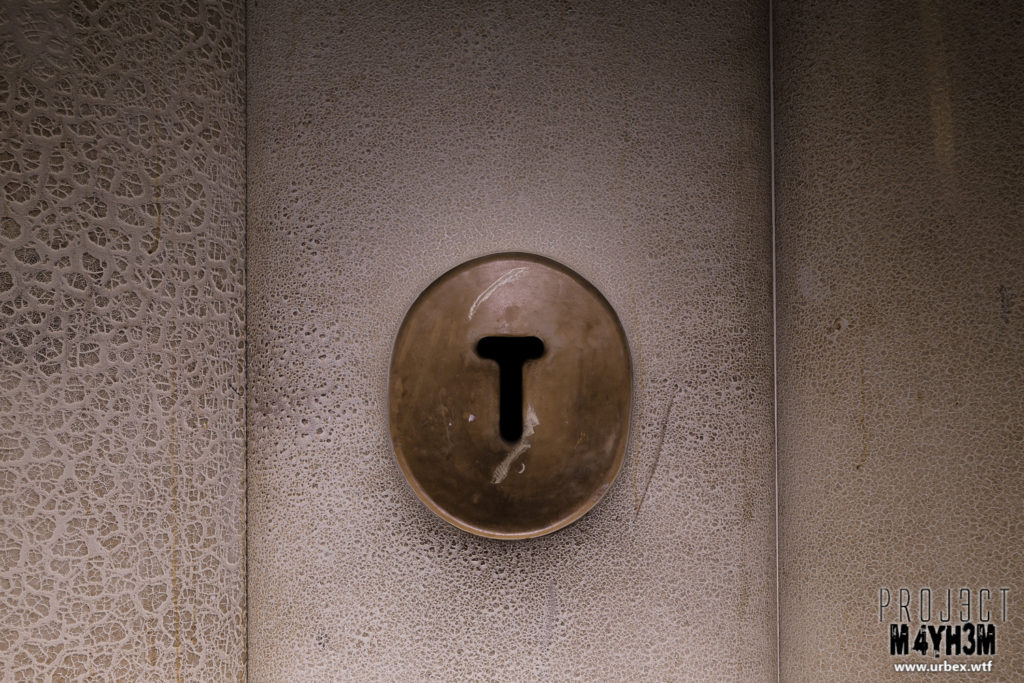 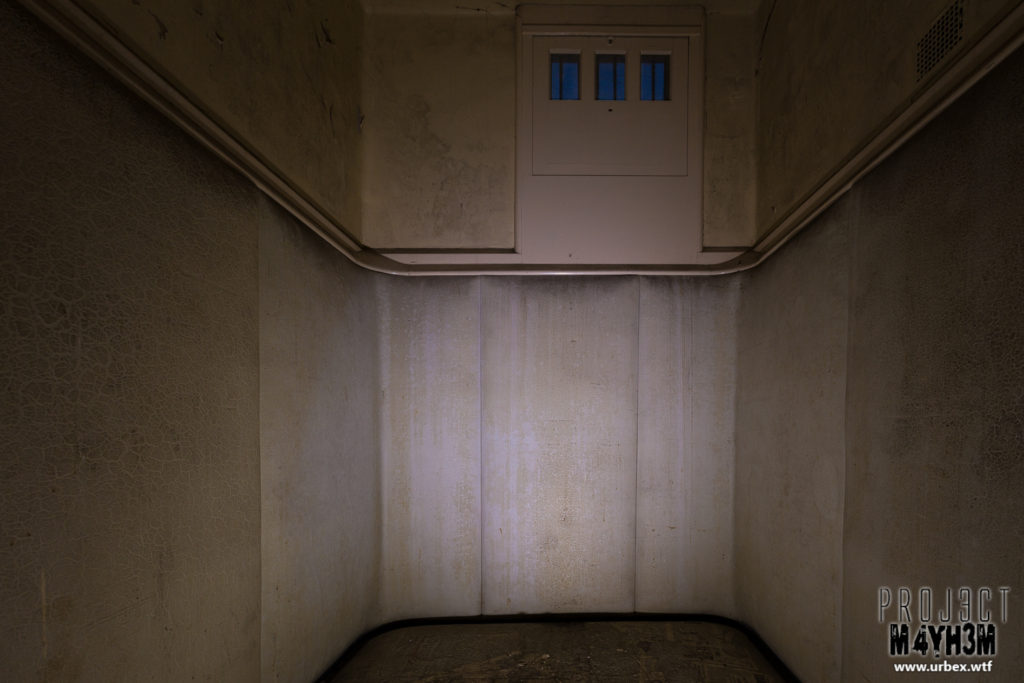 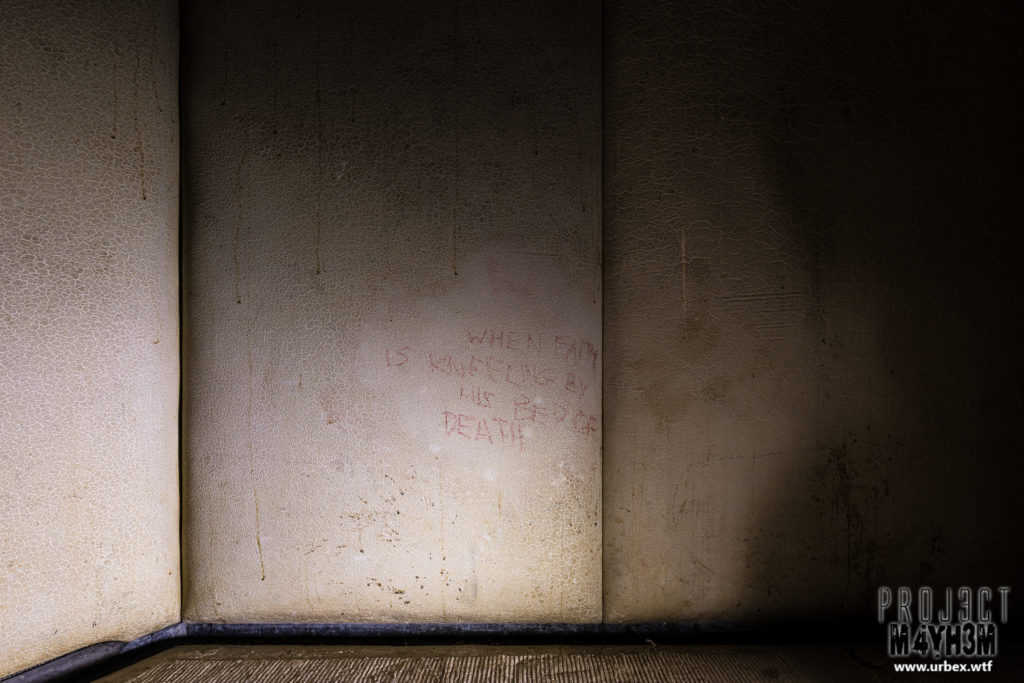 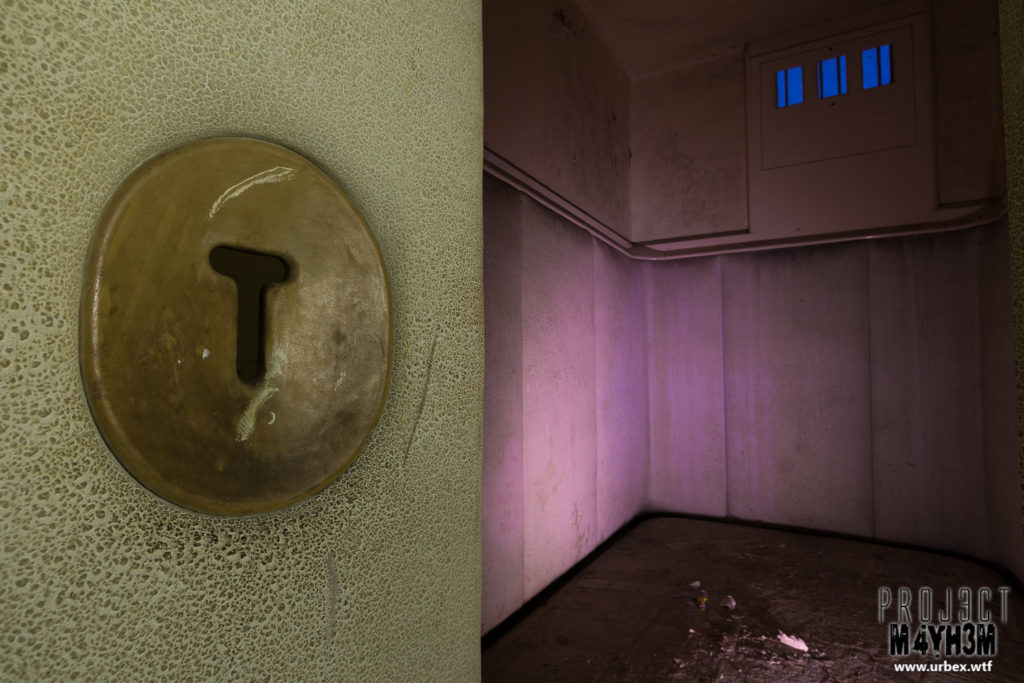 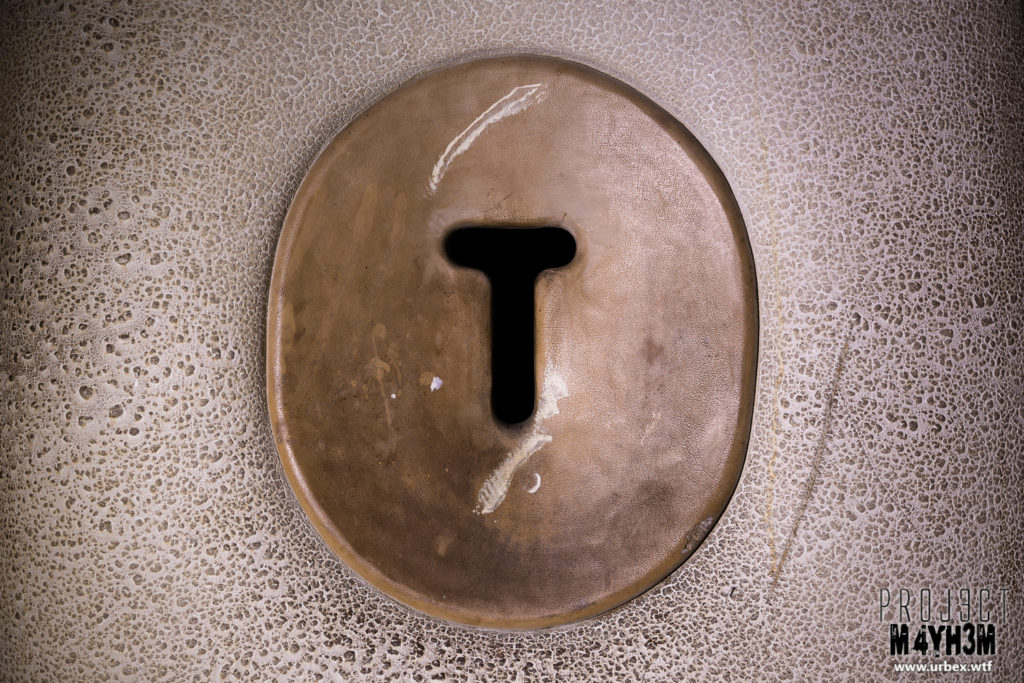 If you’d like to see more from Haslar Hospital the rest of the site is pretty huge and there are loads of photos from there on this site, cliock the image below for all the History surrounding this place: