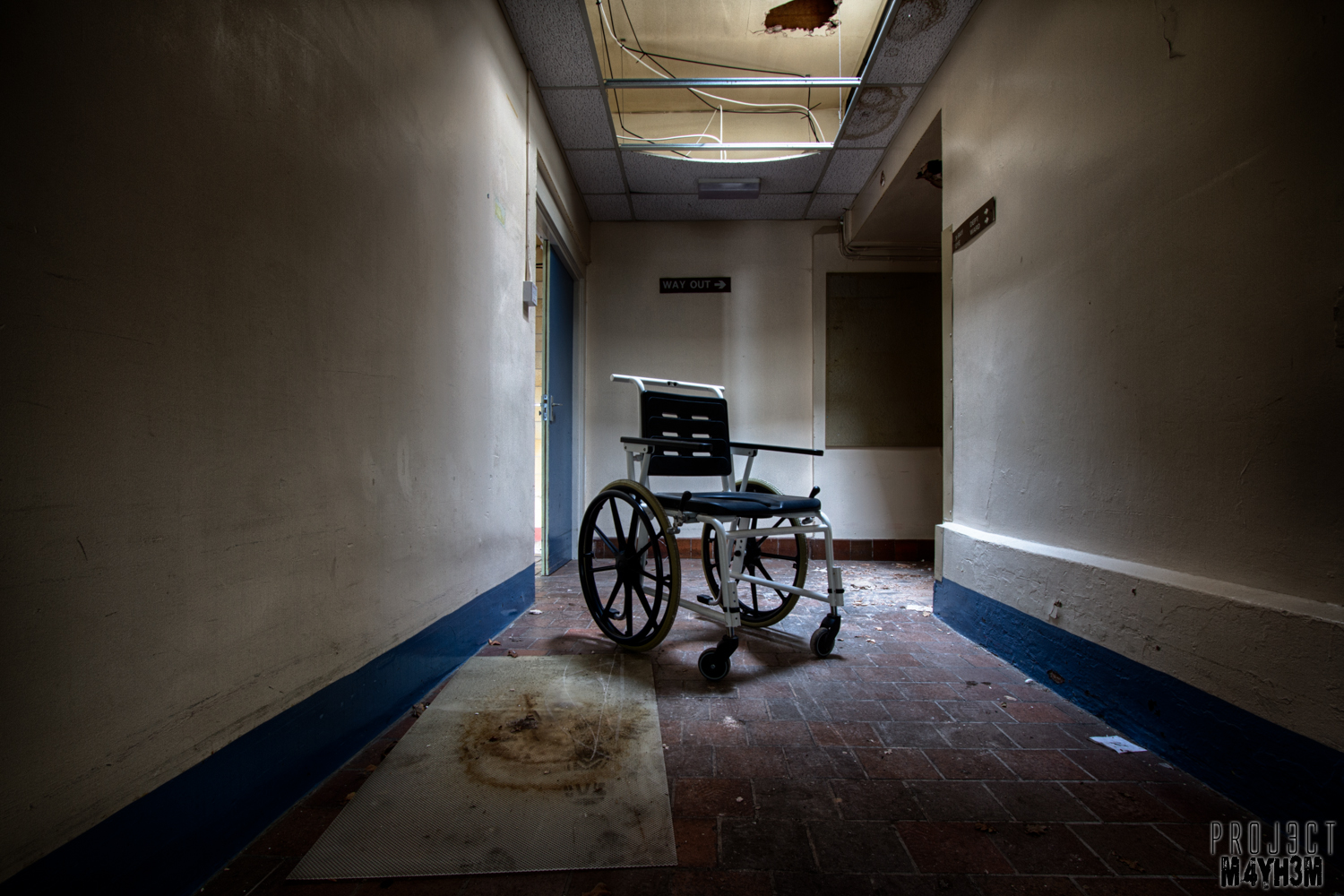 HM Stanley Hospital was originally established as a Workhouse in 1938. Between 1855 and 1906, the chapel was built and laundry extended. In 1906 a 2-storey infirmary was built at the rear of the Workhouse (north east) to house the sick inmates and members of the public, and in 1924 it was joined to the workhouse. The isolation hospital was built in 1910 on the East side of the site. This was known as the St. Asaph Infectious Diseases Hospital where diphtheria and scarlet fever patients were nursed (1937-49). In 1948 it became an NHS hospital  and remained so until its closure in 2012, the Infirmary beds were developed and utilised for Medical, Surgical, Gynaecological, Obstetrics, Ophthalmic, Dental and Ear Nose and Throat (ENT) treatment. The building gradually developed into a Hospital, and was given the name H. M. Stanley Hospital in 1959, in memory of Henry Morton Stanley.

Visted with Pete Costello, Lowri, Shush and then later joined by Mars Lander, Sssshhhh, Lucky Pants and Easy Tigger we wondered around this derelict hospital for a few hours. I cant say it was one which will stand out for me. Inspiration was limiting photographically here but it did have some redeeming features with the chapel, murals and remaining wheel chair. Enjoy the photos. If you’ve made it this far… thanks for reading / checking out the pictures. Leave me a comment below or hit the like button to let me know you’ve enjoyed the shots and to encourage me to keep posting more