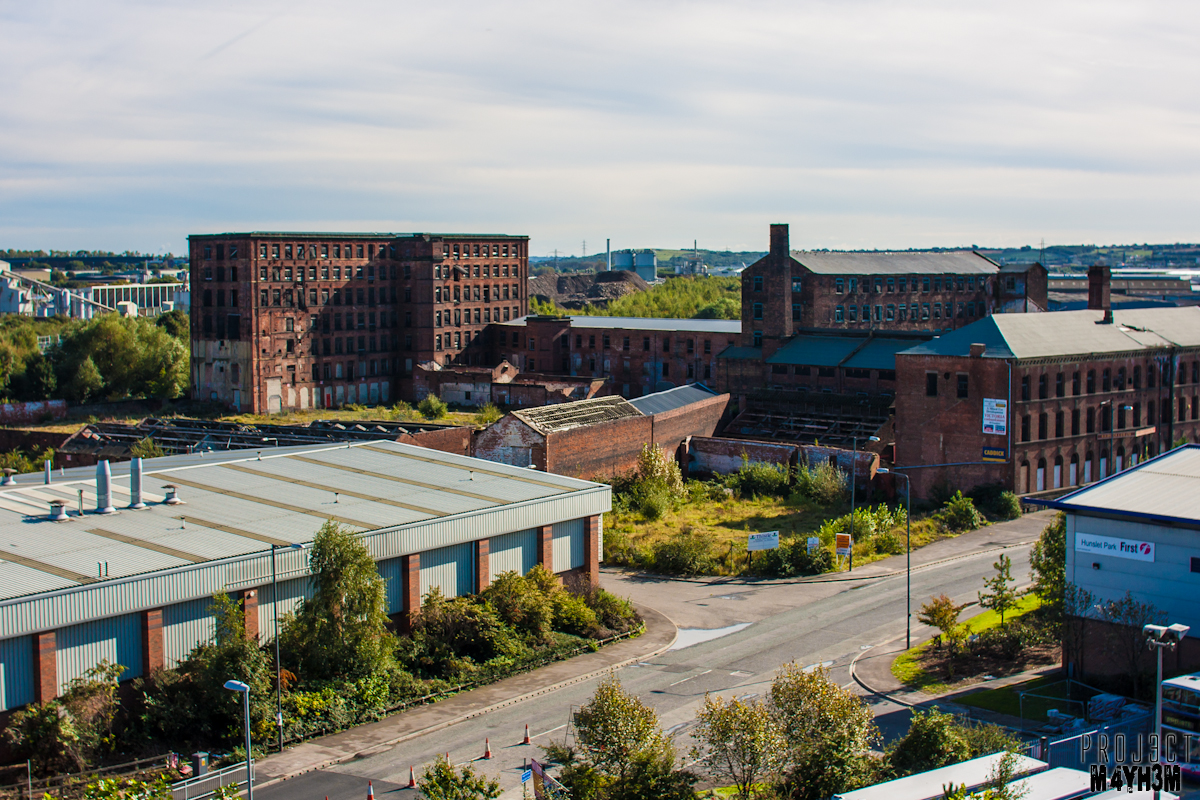 Another relatively uninteresting explore. Hunslet Mills is an impressive site from the outside but stripped bare internally!

Hunslet Mill was constructed by William Fairbairn for John Wilkinson and completed circa 1842. By 1847 some 1,500 female staff were employed in the mill reeling flax. It was occupied by a firm of linen manufacturers called Richard Buckton and Son from 1868[ and then by a firm of blanket weavers called Dodgson and Hargreaves from the mid 1920s until it closed in 1966.
Victoria Works was constructed for W B Holdsworth and was completed in 1838.It was occupied by a tailoring company called Botterill & Senior from the 1930s and later was owned by a firm of ironmongers called R H Bruce before they moved out in the early 1970s.
The complex, which is currently derelict, is now owned by developers Evans and Caddick.

Here are a couple more photos: