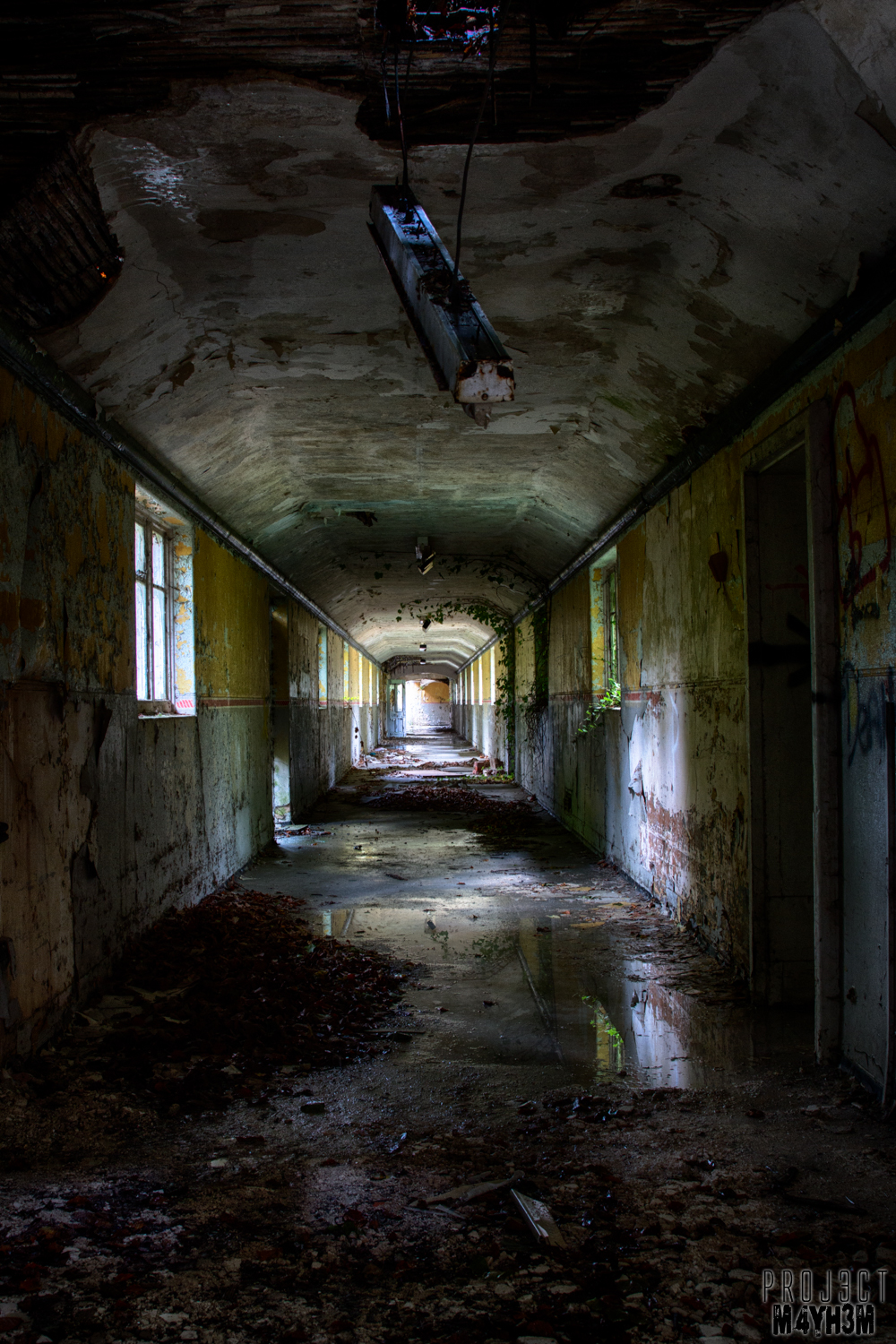 Briefly Severalls Lunatic Asylum aka The Second Essex County Asylum aka Severalls Hospital located in  Colchester, Essex was a psychiatric hospital built in 1910 .  Controversial psychiatric experiments / treatments were known to have taken place at Severalls including electro-convulsive therapy (ECT) along with the use of frontal lobotomies. These sorts of treatments peaked in the 1950′s.  The hospital began its closure process in the early 1990′s along with many of the other large asylums in the country and a small portion remained open until 1997 to cater for continued treatment of some of the older patients. A lot more on The History and Future of Severalls in the original visit report from October 2012.

This was a very brief visit as you will see with the significant lack of photographs. Visited with Mick, Matt, AndyK and Donna. Mike was on the ball this time with the wet weather not helping matters making our footprints rather easy to trace! There is always next time… Don’t forget to check out my 2 previous trips (links below to those reports), tons of photos of this place! Ok I know that. Is there still buildings left to go visit? Can always find a way in just takes time.

Hi I really wanted to visit this place and wandered if it’s still possible in next couple weeks. As in is it closed or can I still go see it? I know it’s hard to get in as theres security but maybe you can tell me a way in like on a Google map pic and I’ll follow by navigation when I go. I’ve visited few other places before and want to go to this one as it’s massive! Thanks and would appreciate your help 🙂

unfortunately there is no easy way in