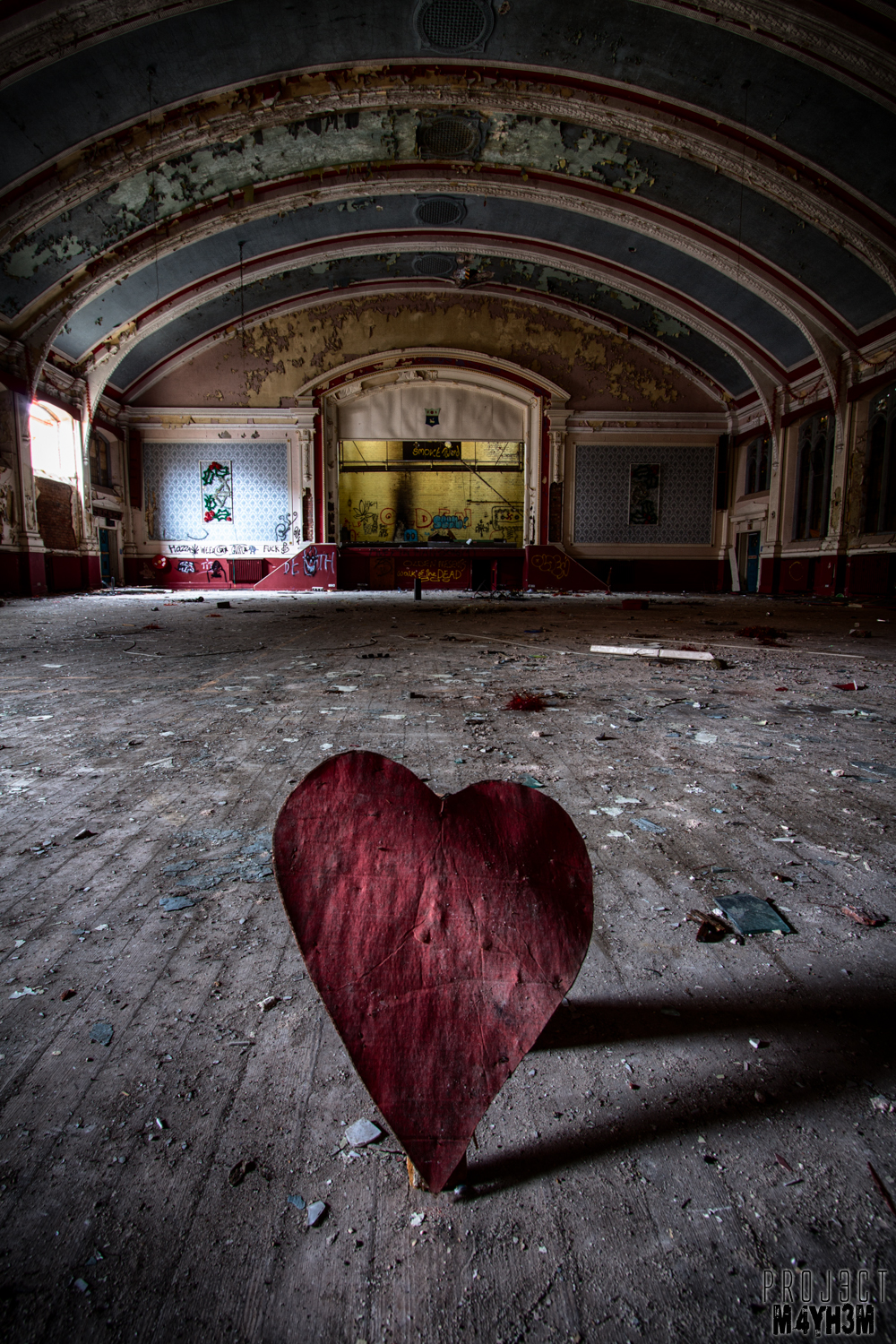 I’ve covered the history in more detail in previous reports (See links after the photos for more information) but briefly Whittingham Hospital, whose grounds adjoin the village of Goosnargh, grew to be the largest mental hospital in the country, and pioneered the use of electroencephalograms (EEGs). During its time it had its own church, farms, railway, telephone exchange, post office, reservoirs, gas works, brewery, orchestra, brass band, ballroom and butchers. During the 1970s and 1980s, new drugs and therapies were introduced. Long-stay patients were returned to the community or dispersed to smaller units around Preston. The hospital eventually closed in 1995 and has been abandoned ever since. The derelict site is really now starting to become a bit of a death trap with floors collapsing in various areas and roofs caving in over some of the long corridors.

Visited this time with Stussy, Pete, Sonyes, Travis and Revelation Space. Fun times, finally got a 360 Pano in the main hall 🙂 Enjoyed this report? want to see more of this place? I’ve been back for a few more visits and taken hundreds more photos in these reports:

If you’ve made it this far… thanks for reading / checking out the pictures. Leave me a comment below or hit the like button to let me know you’ve enjoyed the shots and to encourage me to keep posting more urbex photos

Is the place easy to get into? And is it worth visiting now, your photos look amazing but is it still in this state do you know or has decay taken its toll

Thanks for your comment, I’m sorry but I dont discuss access on my site but be careful there are security on site. Decay has taken its toll on this place I have visited 3 or 4 times this year these pictures are quite recent from only October of this year.