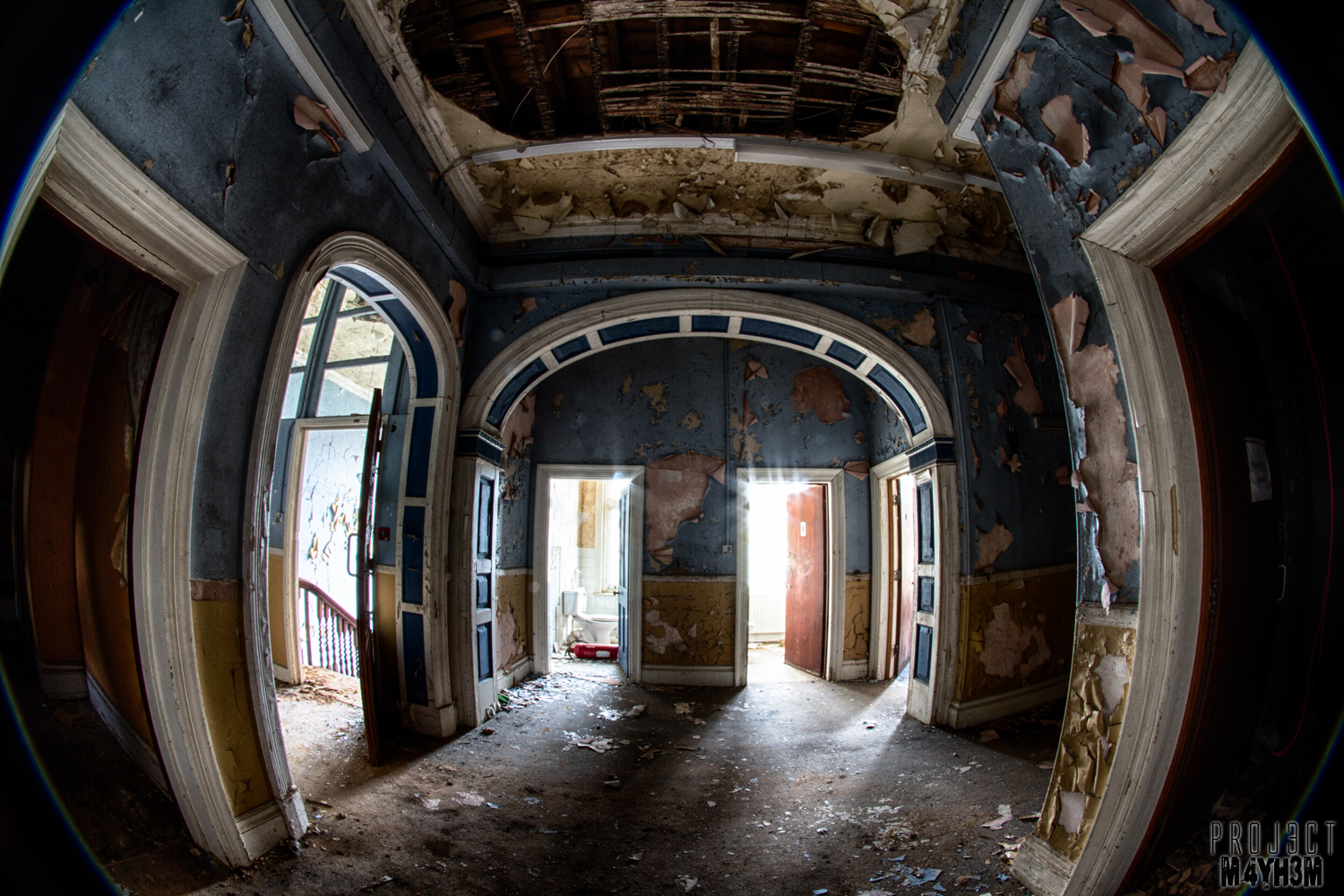 Little Plumstead Hospital / Asylum is a cluster of abandoned buildings in Norfolk spread over quite a large area, all with different architectural features making it obvious that the complex had been added to several times over the course of its existence. In addition to the buildings which still remain I have read that several other buildings including a swimming pool building have been demolished since the site closed. We were only able to access the main Hall of the site which was probably the most impressive looking externally. Internally it was obviously used mainly for admin work with a couple of other rooms furnished with examination beds. Upstairs things were becoming a bit dangerous in parts with several ceilings collapsed before the roof was repaired post closure I believe by the NHS. From what I gather the place was used in part to perform sleep analysis tests on some patients.

Visited with unofficial tour guide and explorer extrordinaire Darbian and the merry crew of Shush, Lowri and Si. Access proved to be tricky and took us time to locate, during which time I managed to get stuck up on a roof lol! Inside the Old hall building it was very dark and aside from the main staircase I didn’t find much by way of inspiring subject matter. Never the less we had a great explore and I spent most of the time chilling out on the turret catching some rays before the rain set it 😀

14th August 2016 – Little Plumbstead Hospital was subject to a large fire, Firefighters were called to the blaze at around 1:45am, eight fire engines attended and nearby residents were told to stay indoors and to close their windows. Photographs seem to show that the whole building has suffered extensive damage with significant portions of the roof having collapsed inwards on the building. Source: Eastern Dail Press.

Further update; the building has now been demolished after being deemed too unstable by firefighters after the blaze was extinguished. Visited the site yesterday for a trip dowm memory lane. I trained at the hospital from 1984-87. The ols hall was the nursing school, downstairs and upstairs was staff accomadation. It is sad to see the derelict buildings which were once buzzing with activity. The site was self contained with a canteen (still standing), a social club, recreation hall, hospital block and shop.

I used to live on the grounds there as a teenager. Was fishing on the lake one night when a patient escaped from the high security wing. The sounds of the sirens going off was surreal like WWII air raid sirens. Luckily we informed security we were fishing that night & they immediately drove to our location to escort us to there office until a parent came to pick us up.

Love your shots of “Plumstead Hospital”,really captured the atmosphere of the place!
I live just outside Great Yarmouth and,as far as i know,there really aren’t any deserted buildings,in or around Great Yarmouth,which is a shame for me as I would really love to take some photos of derelict buildings!
I am interested in going to ” Plumstead Hospital” to take some photographs,and I was wondering where it is? I would be very grateful if you could tell me the exact location of the place,street name,ect. A very massive thank you! :

Sorry but I don’t give out location details. All the best